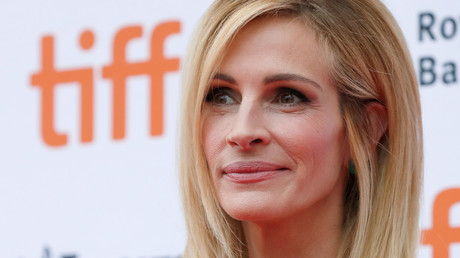 A typo that changed a headline from being one about Julia Roberts’ acting roles to one about her “holes” is drawing a whole lot of laughs across social media.

The erroneous headline appeared in the Jamestown Post-Journal on Saturday, reading, “Julia Roberts Finds Life And Her Holes Get Better With Age.”

The upstate New York paper appears to have picked up the story from an Associated Press report and somehow managed to drop an R along the way, changing the story from one about the Oscar-winning actress’ movie roles to a far more amusing one about her nether regions.

Social media users were quick to seize on the mistake to crack some jokes. Some commented that if they too were wealthy actors, their holes would also be in good shape, while others joked that a male actor would never be asked about his holes.

They would never ask a male actor about their holes

The Post-Journal issued a correction on Monday, writing, “A headline on Page D4 in Saturday’s Post-Journal should have read ‘Julia Roberts Finds Life and Her Roles Get Better With Age’.”