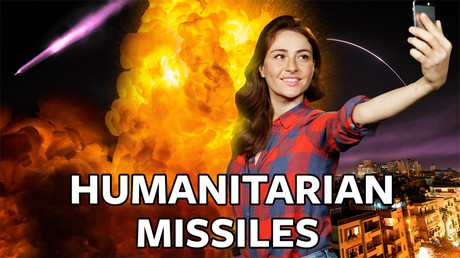 After allegations of a chemical attack in Syria, Western fighter jets were soon revving their engines, ready to unleash a “humanitarian intervention.”

Chemical weapons inspectors were on their way to the Syrian town of Douma to investigate whether an attack had actually happened, but cruise missiles and tornado jets can go extremely fast, and embarrassingly arrived a whole day before the inspectors from the OPCW. Ooops!

One thing the airstrikes on Syria prove, in case any more proof was needed, is that the US, France and Britain are always willing to come to the rescue of people in the Middle East, by launching waves of missiles into their countries. Exactly what any war-torn populace wants to see.

#ICYMI takes a look at humanitarian aid, at the tip of a missile.