Pollen is one of the most common allergens in America. Nearly 50 million people in the U.S. suffer from nasal allergies and as many as 30 percent of adults and 40 percent of children are affected. According to the Asthma and Allergy Foundation of America (AAFA) allergies are the sixth leading cause of chronic illness in the U.S.1

The AAFA released a list of the worst cities to live in when you suffer from spring allergies.2 The report uses pollen scores, allergy medication use and the number of board-certified allergists who practice in the area as some of the criteria to develop the list. The top five cities are:

Allergies to pollen are extremely common. Pollen is an airborne allergen carried by the wind and released from a variety of trees, grasses and weeds. Many of the allergens in the spring are the result of tree pollen, the biggest offender of which is the oak tree. According to Dr. Martha White at the Institute for Asthma and Allergy in Wheaton, Maryland:3

“People suffering this time of year are allergic to tree pollen. The biggest offender during the tree pollen season is the oak tree … Oak goes on for about six weeks, sometimes eight weeks, whereas the rest of the trees pollinate over a one- to two-week period and then they’re gone.” 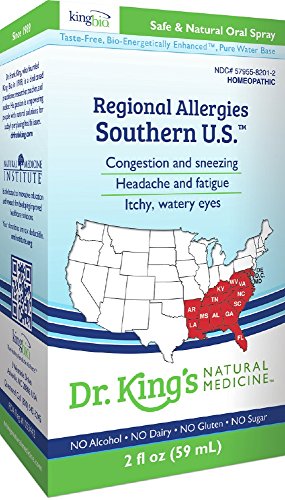