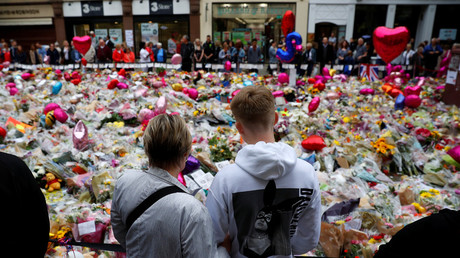 Greater Manchester Police Chief Constable Ian Hopkins penned a letter to the BBC after it aired a documentary on the Manchester Arena attack, accusing the organization of being “inappropriate” and “misleading.”

Hopkins was unhappy with how the police were portrayed, saying it was inaccurate to report that the police held back officers and that they refused to take part in the ‘Manchester: the Night of the Bomb’ documentary, which aired on the one year anniversary of the terror attack that saw 22 killed by a suicide bomber at an Ariana Grande concert.

Hopkins said he was saddened by the impact the documentary had on survivors and families before going on to “correct what we consider to be wholly inaccurate reporting.”

The police chief took issue with the documentary’s claim that the police had refused to cooperate, explaining that the police met with the production company months ago and “respectfully explained in detail the legal constraints we worked under and highlighted to the production company their own responsibilities.” Hopkins said this claim was made just to create “journalistic drama rather than accurately portraying the constraints we have repeatedly highlighted.”

Hopkins also sought to make clear GMP have had “primacy” over the response to the attack and the investigation, and said the documentary’s reporting on this was “entirely misleading.”

Hopkins said that after becoming aware the documentary was about to be released, he expressed concerns about the families and survivors seeing footage of victims. “We asked repeatedly to view the footage so that we could work with the CPS [Crown Prosecution Service], Coroner and our own family liaison officers to assess what legal implications it may have, but most importantly so that we could inform and support families. We were not permitted to do this at any point before broadcast,” he said.

Hopkins said he believed the documentary, which he called a “partial reconstruction at best,” was a further example of the media’s irresponsibility.

“I fail to see any public interest in footage of such an explicit nature being aired with disregard to the feelings of those who matter most,” he said. Hopkins said the documentary broadcast “appears to breach the BBC’s Editorial Guidelines.”

According to Hopkins, the Crown Prosecution Service and Coroner said they had reservations about the footage that was to be shown. Hopkins also said, as far as he knew, the British Transport Police refused the BBC authority to use the material, but it went ahead anyway.

The BBC responded to the accusations in a statement, saying the production company “worked constructively and appropriately with victim support, and the sensitivities of all those involved in this tragic event were subject to careful consideration throughout the production process.”

“This was a responsible, accurate and thoughtful documentary which was an important piece of public service broadcasting,” it said. “The programme team took considerable care to minimise offence whilst accurately portraying the severity of events.”