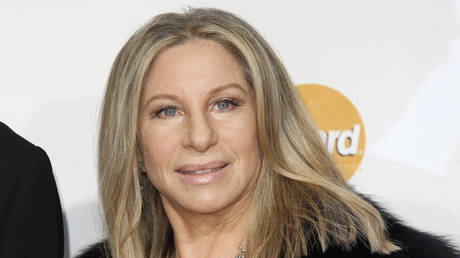 Barbra Streisand has unleashed a firestorm of outrage for saying Michael Jackson’s alleged molestation of boys “didn’t kill them,” and that Jackson’s “sexual needs were his sexual needs.”

My interview with Barbra Streisand has caused a bit of a kerfuffle. Less due to the dog-cloning, motorway meltdown and Brexit-ruined-me tales than her views on Michael Jackson… https://t.co/AbXFcnOYiY

Streisand’s controversial statements appeared in an interview with the Times, where she was asked about the Leaving Neverland documentary in which Wade Robson and James Safechuck detail allegations of sexual abuse by Jackson.

The singer and actor said she “absolutely” believes the two men, but when asked how she reconciles the man she knew with the man described in the documentary, she said, “His sexual needs were his sexual needs, coming from whatever childhood he has or whatever DNA he has.”


“You can say ‘molested’, but those children, as you heard say, they were thrilled to be there,” she continued. “They both married and they both have children, so it didn’t kill them.”

Unsurprisingly, her comments ignited a tsunami of outrage and anger online, with many on Twitter accusing her of victim blaming and being ignorant about the effects of sexual abuse.

Barbara Streisand’s take on survivors of child sexual abuse: “It didn’t kill them”

And just like that, Barbara Streisand became a victim blaming paedophile sympathiser. https://t.co/QBUx4n9jT5

In the interview, Streisand went on to explain the “combination of feelings” she has, saying she felt bad for both the victims and Jackson, and blamed the parents for letting their children sleep with him.

Many Twitter users reacted with sheer bewilderment at her insensitivity to potential sexual abuse victims, and even her fans expressed disbelief that she would say such things. Others took a more light-hearted approach to the shocking statements.

Barbra Streisand, in a bold move, went right past the “deny and slander the victims” phase and straight to the “yeah, he did it, but is pedophilia really that bad” end state.

barbara streisand had an enormous private upscale mall built in the basement of her house so she could “go shopping” without having to be around normal people. shocked to learn she’s a weirdo

Who had Barbara Streisand Defends Pedophilia in the 2019 pool https://t.co/xZgR6r8ZGk

thoughts and prayers to barbara streisand fans during this time https://t.co/5wbsHnrUiF

I am really hoping for a clarification from Streisand to say this is wrong or she never said these things-this is very hard to believe.