The 29,000 babies born each year in the US whose mothers live within 1 km of a fracking site are at risk of serious adverse health effects, likely due to the pollution produced by the hydraulic fracturing (fracking) technology, claims a new massive study.

Authored by a research team from Princeton, UCLA and the University of Chicago and published in Science Advances, the paper studied the impact of fracking on 1.1 million births in Pennsylvania between 2004 and 2013. 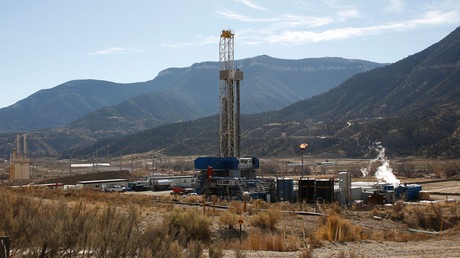 The paper says that it is impossible to identify the exact mechanisms responsible for the effect, but blame both water pollution resulting from contamination of local supplies and air pollution from the “fracturing fluid” used to develop the wells, as well as emissions from the well products themselves.

The authors say that potential damage to infants – particularly the 0.7 percent of all US children whose mothers live closest to the fracking wells – is significant, because fetuses are particularly sensitive to pollution.

Researchers said they decided to study newborns because they are easiest to compare. Fracking could have a wider list of health implications, on adults as well as on babies, but their relationship to fracking is harder to quantify.

“Because the fetus is in utero for at most 9 months, it is possible to pinpoint the timing of potential exposure. This is not the case with other possible health effects, such as cancer, that develop over long periods of time,” the paper explains.

Hydraulic fracturing is a process by which water and chemicals are poured into the ground, creating pressure and causing cracks through which oil and gas pour upwards. It has experienced a rapid boom in the last fifteen years. In 2000, there were only 23,000 fracking wells. That number has grown to over 300,000. They are responsible for about two-thirds of the US natural gas production, and half of its oil output.