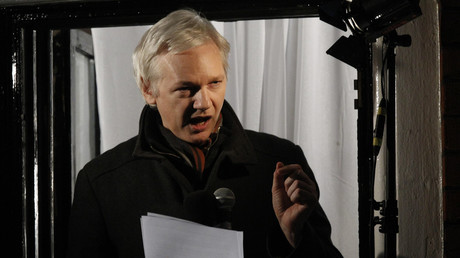 Julian Assange has questioned the impartiality of the UK’s judicial system. The Wikileaks founder cited an EU study wherein 43% of UK judges state that the government has not respected their independence in the last two years.

The 2016-2017 European Network of Councils for the Judiciary (ENCJ) report, entitled Independence, Accountability and Quality of the Judiciary, details that some 43% of judges in the UK felt the government failed to respect their judicial independence. 29% said they felt their independence was disrespected by parliament.

Assange pointed out that the study further reports that 5% of UK judges say that, over the past two years, they have been under “inappropriate pressure” to decide a particular case in a specific way.

Assange’s interest in the report comes after his request to have his UK arrest warrant was rejected by Judge Emma Arbuthnot. Following the case Assange’s supporters took to Twitter to cite links between the judge’s husband and security intelligence consultancy firm SC Strategy Ltd.

The company had three directors, including the husband of the judge, Lord Arbuthnot. The peer, who resigned from the board late last year, is a former Tory junior defence minister and government whip. His two former colleagues on the board were the former Head of MI6 Sir John Scarlett and Lord Carlile.

The Chilcot report into the Iraq war was highly critical of the role played by Scarlett and fellow ex-MI6 chief Sir Richard Dearlove. The faulty intelligence used to make the case for war, which came to be known as the ‘dodgy dossier,’ was co-authored by the pair.

In October 2013, confidential documents released by whistleblower Edward Snowden listed Carlile as part of GCHQ’s strategy of “talking heads,” experts that advocated for the agency ahead of a key report on the use of intercepted evidence in UK court cases. Carlile later argued that Snowden’s revelations amounted to a criminal act.

After Assange’s hearing in mid-February, Arbuthnot’s familial connections were brought into question by outraged Assange supporters. Proponents of the Wikileaks founder insist that the legal system is stacked against the man that leaked evidence against the US, and also against Hillary Clinton during the 2016 presidential election.

Reminder:.The UK judge who just disreguarded ALL the evidence presented to her & ruled to keep Julian Assange indefinitely detained without charge is Baroness Emma #Arbuthnot

Also the magistrate in Assange trial is Baroness Arbuthnot who is wife of Lord James Arbuthnot, chair of the Defense Select Committee-2005-2014 he/she are as deep-establishment as they come. Baron probably tied Baroness up and whipped her in their dungeon last night to focus.

11,712 judges from 26 European countries participated in the ENCJ survey. Over 40 percent of UK judges took part in the study.