A woman who posted an improvised explosive device (IED) to former US President Barack Obama has been identified after cat hair from the package matched with hair from the 46-year-old Texan’s pets.

Julia Poff has also been accused of sending the same type of homemade bomb to Texas governor, Greg Abbott in 2016, as well as a third package to the Social Security Administration near Baltimore. Poff was indicted by a grand jury on November 20 on six counts, including sending “injurious articles” and “transportation of explosives with the intent to kill and injure.” 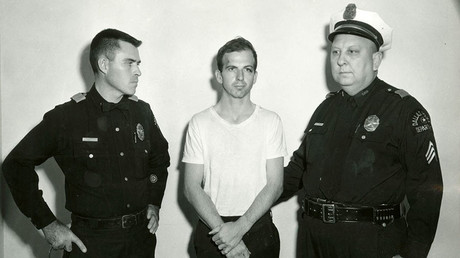 The court documents further state that Abbott only escaped “severe burns and death” because the package “failed to explode because he did not open it as designed.” FBI investigators found a number of clues, including hair from Poff’s cats, on the device mailed to the former president which helped foil any further assassination attempts.

“Cat hair was found under the address label,” the indictment reads. “The cat hair on the Obama package was microscopically consistent with the hair of one of Poff’s cats.”

Further to the feline hair, FBI sleuths said the device sent to Abbott came in a package still bearing an “obliterated shipping label” addressed to Poff and that the cigarette box used to make the bomb bore a stamp from Texas that identifies the store where they were bought. Poff’s bank statements show a purchase of cigarettes at the same store.

The FBI said that Poff held a grudge against Abbott as he was the presiding Attorney General at the time of her divorce and she blamed Abbott for her ex-husband’s failure to support her.

In Obama’s case it seemed Poff simply “did not like the president.” Poff is detained pending trial. The maximum sentence for her alleged crimes is ”life imprisonment or death.”