Britain’s shortage of armed police officers may leave the country vulnerable to terror threats, the Police Federation of England and Wales has said.

The federation warned the Army may have to be deployed to carry out routine policing duties in the event of an attack, because many officers are reluctant to volunteer for firearms training. 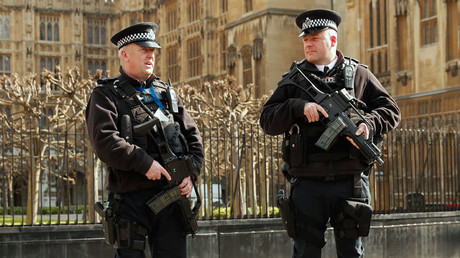 Following the Paris and Brussels attacks, the British government announced plans to recruit 1,500 extra firearms officers, to supplement the current 5,647 across the country.

Police Federation Chairman Steve White has warned that achieving that figure may be a challenge, as the number of authorized officers has fallen to the lowest level in seven years.

“Before we even start talking about recruiting the extra 1,500, we are struggling to fill the vacancies we have currently got because of the lack of understanding and protection that officers would have if they have to discharge their firearm,” he said ahead of the Federation’s annual conference in Dorset on Monday.

“Officers don’t want to carry firearms because they are concerned that if they discharge it, they are going to get arrested for murder.

“I think there is a real possibility the Army could have to be called in to conduct routine duties that are currently performed by authorized firearms officers.”

Theresa May never wastes a speech – she’s giving one to the Police Federation tomorrow.

The warning follows a survey of 16,800 officers conducted by the Federation, which revealed just one in five want to be armed with a gun, while 40 percent fear they will be attacked at work.

“I think many members of the public think we have a lot more firearms officers than we actually have. I think they probably think we are all equipped with Tasers. It simply isn’t the case,” White said.

Not all police, however, believe arming more police would boost security. In December, David Videcette, a former Scotland Yard counter-terror detective who investigated the 7/7 London bombings, told RT that increasing the number of firearms officers would only serve to increase hostility and divisions in the country.

“I don’t think more armed police are the answer – if a suicide bomber is going to blow himself or herself up or shoot into a crowd – they are going to do it whether a police officer has a gun or not. And they will be taken out by the existing fire power we already have available. We don’t need an armed officer on every street corner. These terrorists are a tiny number of people,” he said.