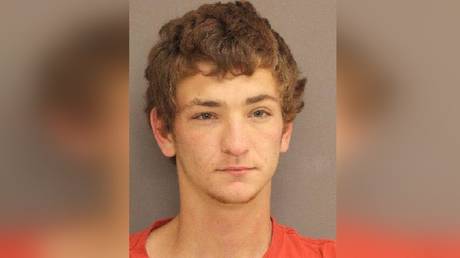 Louisiana law enforcement officers are engaged in an active manhunt for an “armed and dangerous” 21-year-old man suspected of murdering five – including his parents and his girlfriend and her family – in two separate shootings.

Dakota Theriot has been named the “prime suspect” in the murder of his parents, Keith and Elizabeth Theriot, who were killed in their trailer on Saturday morning, Ascension Parish Sheriff office announced, noting that responding officers were able to interview one of the victims before they died. After murdering his parents, the 21-year-old went on to kill three more people inside another mobile home in Livingston Parish.

“After speaking with their detectives for quite a while we came to realize that these two cases indeed may be related. We feel that they are related,” Ascension Parish Sheriff Bobby Webre told reporters at an afternoon press conference.

After interviewing witnesses, authorities believe the shootings stemmed from a “boyfriend [and] girlfriend type of dispute.” According to some reports, one of the victims at the second shooting site was dating the suspect.

Authorities now seek public help in tracking down the main suspect in the case who they believe poses real danger. Dakota Theriot is reportedly driving a 2004 Dodge pickup truck. Law enforcement believe that the killer might now be in Mississippi, after they had tracked his vehicle to the state line.

“This is probably one of the worst domestic violence [incidents] I’ve seen in quite a while,” Webre said. “For a young man to walk into a bedroom and kill his mother and his father, and then kill friends in Livingston that he had a connection with.”