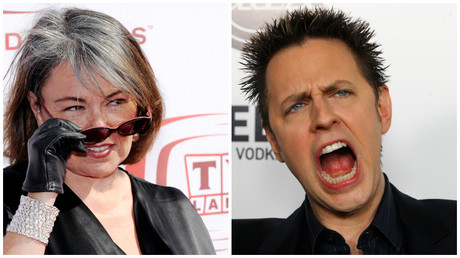 Another day, another celebrity gets embroiled in a social media furor of their own making, as figures from both sides of the political spectrum have their past and present tweets dragged in front of the court of human decency.

The new bloodsport of trawling through the closet of social media accounts in a bid to find some politically incorrect skeletons has seen comedian Roseanne Barr and former Breitbart writer Katie McHugh – politically conservative – take career hits for their unsavory tweets.

Liberals haven’t escaped the firing line either, with director James Gunn, Rick & Morty creator Dan Harmon, and comedian Trevor Noah recently having past jokes come back to haunt them. While Disney sacked Gunn, he’s since seen an outpouring of support from friends and colleagues; while Harmon and Noah’s careers remain intact.

This begs the question: Are we more forgiving when liberals are outed by the outrage brigade?