Apple has announced a “commitment” to create more than 20,000 new jobs in the US and invest $350 billion in the next five years. The move contributes to what would be the largest repatriation tax bill in IRS history.

As part of Apple’s “commitment to support the American economy and its workforce,” the initiative announced Wednesday commits $55 billion to the US economy in 2018. The tech giant also plans on adding 20,000 new jobs in the same period.

Apple says all of this activity will translate to $350 billion in contributions to the US economy over the five year period, and that amount does not include “the tax revenues generated from employees’ wages and the sale of Apple products,” or Apple’s “ongoing tax payments,” the company said in the statement.

Apple’s claim that it will create 20,000 new jobs would represent a 25 percent increase in its US workforce, which is now recorded at 84,000 people in each of the 50 states. 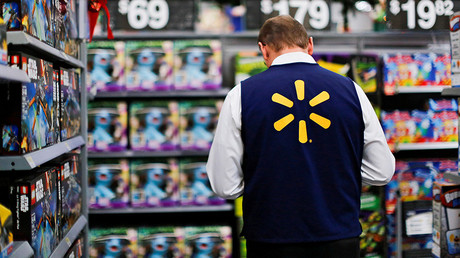 Investments in American manufacturing over five years, planned capital expenditures in the US and a record tax payment upon repatriation of profits made overseas will account for exactly $75 billion of Apple’s direct contribution to the economy, the statement said.

“Apple is a success story that could only have happened in America, and we are proud to build on our long history of support for the US economy,” Tim Cook, Apple’s CEO said. “We believe deeply in the power of American ingenuity, and we are focusing our investments in areas where we can have a direct impact on job creation and job preparedness. We have a deep sense of responsibility to give back to our country and the people who help make our success possible.”

But, not everyone believes that the sole purpose of Apple’s moves are to help the US economy.

“We believe 80 percent of Apple’s motivation related to today’s news is for economic reasons, 20 percent for political reasons, and both are good for the company long-term,” analyst Gene Munster of Loup ventures said, the Bay Area News Group reported. Munster added that he didn’t expect Apple’s repatriation move to change the company’s “capital allocation strategy,” and stated he believes “share buybacks will be the primary use of funds.”

As apple touts its interest in helping the US economy, Slate reported that as part of the new system of international taxation, the recently passed Republican-led tax bill included a one-time levy on all profits being hoarded by US companies overseas, known as a deemed repatriation. Apple has reportedly been hoarding a total of $252 billion overseas, and on Wednesday, the company said it would pay $38 billion to the Internal Revenue Service (IRS) as the cost of returning that cash to the US, according to Slate.

When news of the announcement spread Wednesday, some right-leaning commentators and politicians praised President Trump’s tax bill as the reason for Apple’s investment in the US economy.

“This is huge folks. This is another big company. One of the biggest companies in America. Saying big time jobs, a lot of jobs coming back to America,”Fox Business anchor Charles Payne told viewers, Slate reported. “And they say it’s all because of tax reform.”

CNBC also reported that Apple’s announcement in the US was “in part because of the new tax law.” This led Nevada Senator Dean Heller to mimic the reporting in a tweet.

Reports also circulated Wednesday that Apple is planning to give its employees a $2,500 bonus consisting of restricted stock units, following the passage of the new tax code, according to unnamed people familiar with the matter, Bloomberg reported.