The US witnessed an unprecedented spike in anti-Semitism in 2017, according to the Anti-Defamation League, with vandalism and school incidents leading the list. Some of the incidents, however, were fake.

There were almost 2000 anti-Semitic incidents reported across the US in 2017, including physical assaults, bomb threats, vandalism, and attacks on Jewish institutions, according to a report released by the Anti-Defamation League (ADL) on Tuesday.

The number of anti-Semitic incidents in 2017 increased by 57 percent compared to 2016, the single largest increase on record and the second-highest number reported since ADL started keeping track in 1979, the organization said. Incidents of vandalism increased 86 percent from 2016, with 952 incidents recorded. 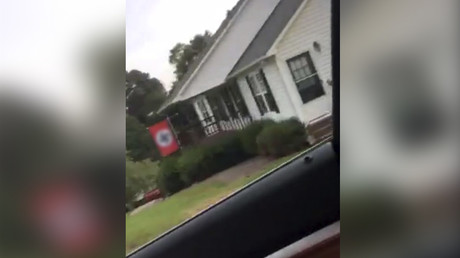 “These incidents came at a time when we saw a rising climate of incivility, the emboldening of hate groups and widening divisions in society,” said ADL’s CEO and National Director Jonathan A. Greenblatt.

The vast majority of the incidents fell under the category of “harassment,” which the ADL defines as “where a Jewish person or group of people feel harassed by the perceived anti-Semitic words, spoken or written, or actions of someone else.”

This category includes the 163 bomb threats against Jewish community centers. However, the vast majority of those were actually made by a Jewish teenager living in Israel who was eventually arrested. US federal authorities also believe that the teenager was selling his services on the dark web.

Another half-dozen bomb scares directed at the Jewish community were made by an American journalist, who was imprisoned after he admitted to sending Jewish groups bomb threats in order to intimidate his ex-girlfriend. 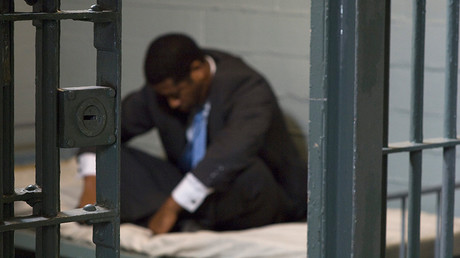 Without these threats, the total number of harassment cases would be 852, which is still an 18 percent increase over the 2016 figure, the ADL said. Yet the cases were included in the total count “because, regardless of the motivation of any specific perpetrator, Jewish communities were repeatedly traumatised by these assaults on their institutions and threats to their safety,” ADL said, noting that they “meet the textbook definition of hate crimes.”

The League says that it “is careful to not conflate general criticism of Israel or anti-Israel activism with anti-Semitism.” It does include “cases of picketing of Jewish religious or cultural institutions for purported support for Israel” as incidents of anti-Semitism, however.

The ADL is a US-based, Jewish, pro-Israel organization that is dedicated to eradicating anti-Semitic hate crime. The organization previously attacked the boycott, divestment, sanctions (BDS) movement designed to put pressure on Israel over its 50-year military occupation of the West Bank.

“At its core BDS is an anti-Semitic movement.” Greenblatt argued at the UN in May 2016.

It is unclear whether the ADL includes pressure from BDS in its definition of anti-Semitism. Given the fact that the BDS movement is frequently active on college campuses, this could significantly alter the number of recorded harassment incidents.

The FBI’s latest data on hate crimes, released in November 2017, showed a three percent increase in anti-Semitic hate crime from 2015 to 2016. Anti-Semitic incidents accounted for just over half of religious hate crimes and about 11 percent of all hate crimes, according to 2016 FBI figures.