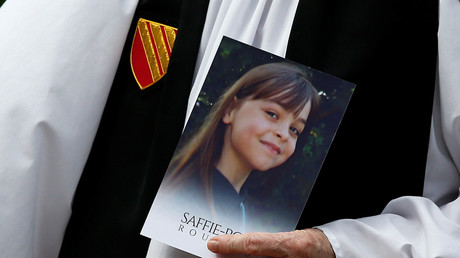 An ‘anti-Islamic’ terrorist suspect was planning to blow up a mosque in response to the killing of an eight-year-old girl who died in the Manchester Area bombing in 2017, a court has heard.

Steven Bishop, 40, from Thornton Heath, south London, is accused of tampering with fireworks with the intention of setting them off with a detonator he purchased from the dark web, a collection of websites that operate on an encrypted network.

It is alleged that the south Londoner planned the attack to avenge the death of eight-year-old Saffie Roussos, the youngest victim of the 22 killed by the Islamic State (IS, formerly ISIS) bombing of an Ariana Grande concert, in the Manchester Arena, on May 22, 2017.

Bishop appeared at Westminster Magistrates’ Court on Tuesday and is set to next appear at the Old Bailey. He is expected to deny the charge of preparing for a terrorism act, the Daily Mail reports.

Saffie, from Leyland, Lancashire, had attended the pop concert with her mother Lisa, 48, and her sister Ashlee Bromwich, 24. She was killed when suicide bomber Salman Abedi detonated a device contained within his rucksack. Her mother and sister both suffered serious injuries.

READ MORE: Man who said he wanted to ‘slit a Muslim’s throat’ jailed for inciting hatred

After the terrorist attack, Saffie’s mother Lisa awoke from a coma to be informed of her daughter’s death.

Earlier this year, it was reported that Abedi was rescued by the Royal Navy during the 2014 Libyan Civil War. He was one of 100 British citizens evacuated, three years before the Manchester Arena bombing.

According to unnamed government sources cited by the Daily Mail, Abedi and his younger brother Hashem boarded the HMS Enterprise in Tripoli in August 2014, which initially took the brothers to Malta where they were boarded a flight bound for the UK.