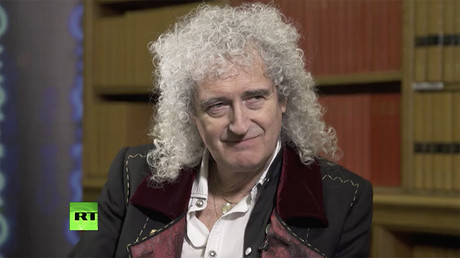 Ex-Queen guitarist Brian May sat down with Going Underground’s Afshin Rattansi; during their candid chat, the impassioned political enthusiast vowed to bring back his Common Decency campaign in time for the next general election.

Frustrated by the British voting system, the music superstar established ‘Common Decency’ (CD) in 2015. The CD campaign aims to persuade those who feel that there is no point in voting, because they live in a safe seat, to vote anyway; a scheme for making every vote count.

“As soon as there is an election we will be Common Decency-ing again,” May told Rattansi.

“We’ll be supportive all our friends in parliament who have come through for us in our quest for decency.”

May established the campaign in 2015 as he believes the electoral system sorely needs an overhaul.

“I sympathise with people who feel there is no point in voting. I don’t think it’s apathy,” May said in 2015.

“I strongly believe that the whole electoral system needs overhauling because it’s unfair and denies us having a proper voice.

“This is about trying to change that.”

May, who is also an astrophysicist, told RT that he’d like to see the division between rich and poor Britons to be a thing of the past.

“I’m a real enemy of privilege,” he said. “I don’t think that’s a positive thing in British society.

“The class system is there loud and proud in Britain at the moment and I think needs to be dismantled.