A New York nanny is suing a couple for discriminatory firing after receiving a misdirected text from the mother complaining that she was “another black person.” The couple deny they are racist, likening the suit to “extortion.”

Lynsey Plasco-Flaxman, a mother of two, expressed dismay when finding out that the new child care provider, Giselle Maurice, was black upon arriving for her first day of work in 2016. 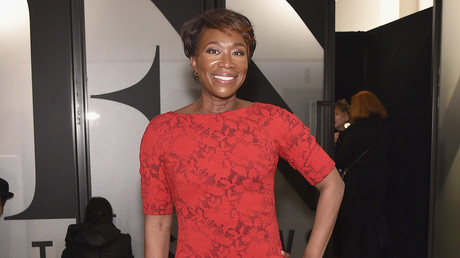 “NOOOOOOOOOOO ANOTHER BLACK PERSON,” wrote Mrs Plasco-Flaxman to her husband in a text. However, instead of sending it to her husband, she sent it to Ms. Maurice, twice.

After realizing her gaffe, an “uncomfortable” Plasco-Flaxman fired Ms. Maurice, stating that their outgoing nanny, who was African-American, had done a bad job and that she was instead expecting a Filipino, according to the New York Post.

Ms. Maurice was paid for her one day of work and then sent home for an Uber.

Now, Maurice is suing the couple for compensation over the firing, and is seeking compensation to the tune of $350 a day for the six-month, live-in gig she had initially been hired to do, albeit without a contract.

“[I want] to show them, look, you don’t do stuff like that,” she told the Post on Friday, adding “I know it’s discrimination.”

The couple have hit back at the claims that they are racist, saying that terminating Maurice’s employment was the reasonable thing to do, fearing they could not trust her after offending her.

Yo please explain to me how you accidentally type “NOOOOO another black person” and press send 🤣🤣🤣🤣🤣🤣🤣🤣. She meant to send a racist text. Just not to her lmaooooooo.

“[My wife] had sent her something that she didn’t mean to say. She’s not a racist. We’re not racist people,” husband Joel Plasco told the Post.

“But would you put your children in the hands of someone you’ve been rude to, even if it was by mistake? Your newborn baby? Come on.”

READ MORE: ‘He doesn’t want to talk to us’ – Germany manager Low on Ozil Arsenal snub

Likening the suit to “extortion,” Plasco said his wife was just two months off having a baby and was in a “very difficult situation.”

“You’re going to go after someone like that? That’s not a very nice thing to do,” the investment banker added.

While the legal case is still ongoing, the court of public opinion has been quick to denounce the couple on social media, slamming them for their behavior and logic.

2/2 Casual racism is STILL racism. They said they felt uncomfortable? No what you meant to say is that you tried to ruin her credibility in the gutter after you showed yourself to be racist.

They’re not racist and his wife was “suffering” from a very difficult condition 😂. People just admit you’re racist when you are and stop making up the offensive excuses!

#nyc “She said their outgoing nanny was Black and had done a bad job & that they were expecting a Filipino.” (So, I should never work for White people again because by their logic if one’s racist, all are.) Mother sent nanny ‘racist’ text, fired her: suit https://t.co/UMwpiopg4G