Janine Jackson interviewed Joanne Doroshow about the forced arbitration Supreme Court ruling for the June 1, 2018, episode of CounterSpin. This is a lightly edited transcript.

Janine Jackson: Just as the #MeToo movement demonstrates the power of solidarity in fighting workplace harassment, a Supreme Court ruling aims to force individuals with workplace complaints back into isolation. In Epic Systems v. Lewis, the Court’s conservative majority ruled that lower courts have to enforce individual arbitration clauses in employment contracts, which means that workers have to address complaints not through the courts, but in closed-door, one-on-one proceedings.

The ruling affects millions of people on the most fundamental level, but it didn’t get a great deal of explanatory press coverage. Joining us now to discuss what the ruling could mean, and how we can resist its impact, is Joanne Doroshow, founder and executive director of the Center for Justice and Democracy, and cofounder of Americans for Insurance Reform. She’s also adjunct professor at New York Law School. She joins us now by phone from here in town. Welcome back to CounterSpin, Joanne Doroshow.

Joanne Doroshow: Thank you; it’s great to be back.

JJ: This 5-4 ruling is not a total surprise, given the makeup of the court and the majority’s illustrated favoring of employer power over worker power, you could say, put broadly. But it does concretize or sanction practices that we know about, and that we’ve already seen harmful impact from, wouldn’t you say?

JD: This is, as you say, not a completely unexpected decision; particularly, we were suspecting after the oral argument that workers might have been in trouble on this case. But it is distressing that the court—and I think that Justice Ginsburg delivered her dissent from the bench is an indication of what a dramatically unfortunate case result this is, in the impact that it’s going to have on workers around the country who have been cheated or harassed, discriminated against or harmed in any way—this really makes it almost impossible for them to vindicate rights in court anymore, this decision.

JJ: In the specifics, it’s about what looks like a wage-theft case. But it’s really about a number of, potentially, reasons or instances in which workers might have an individual complaint, but to take that complaint through individually costs a lot of money, first of all. And then, also, you’re alone, up against your employer. And that’s the very reason that workers band together, and that’s what this is undermining.

JD: Yes, and just to step back for a minute, it’s not, of course, just workers that are affected by the problem we’re talking about. And the problem we’re talking about are forced arbitration clauses that are buried in the fine print of, these days, most credit card, cell phone, any kind of online terms-of-use agreements; nursing home admission forms; many other everyday contracts, including employment contracts.

And what they mean is that if the company cheats, defrauds, discriminates against or harms you in some way, you cannot sue the company in court, or have any kind of judge or jury trial. And instead, you’re forced to resolve your case in a private, secret, rigged arbitration system that’s controlled by the company. And you may have to pay the arbitrator. There’s no right to appeal.

And these clauses also have what’s called “class action bans” or “class action waivers,” which means that you—as you say—you cannot join with others, you have to only litigate your dispute individually, your small claim, let’s say. In most cases, this is going to mean that you’re not going to be able to bring your dispute to any kind of resolution at all, because you’re not going to be able to afford to do that.

That’s why class actions are so important: It allows you to join with others, cover the expenses that way. And also, when we’re talking about discrimination, let’s say, or harassment, it’s critical that you be able to join with others, in order to show a pattern or a practice of discrimination, or a systemic company policy. You can’t do that as an individual. So there are many reasons why class actions are so important. And what this decision did, it basically said that an employer can unilaterally prevent you from bringing class action, and force you into these secret arbitration systems.

JJ: And it rests—inasmuch as there’s an argument for it—it rests on this in-a-vacuum, kind of libertarian fantasy world in which labor, for example, is as mobile as capital, and all workers and consumers are completely informed and have choices. So if, for example, your prospective employer requires you, as a stipulation for employment, to sign away your right to class action suits, well, you just pick another employer, you know? You just go elsewhere.

And in the case of Epic Systems, they sent a form to their employees, and if you showed up for work, then you were deemed to have accepted the terms of that agreement. So you talk about small print, I mean, it’s small print and it’s also a kind of blackmail in a way.

JD: Yes, and that goes to the issue of consent. What the other side says is, “Oh, you’ve consented, because you’ve signed this.”

Well, these are all “take it or leave it” contracts, and if you don’t take it, you don’t get a job, or, in the context of consumer contracts, everybody in the entire industry has them. There is no negotiation here.

And, sadly, what Congress was trying to do, with the National Labor Relations Act in the 1930s, is they made it illegal for employers to interfere in any way with the employees’ rights to engage in “concerted activity.” They knew that there was strength in numbers, and they needed to be able to join with others in order to get a fair deal from big companies, from employers.

And what this case did is basically said that legal concerted activity, like a class action, it’s OK to violate that section, basically, of the National Labor Relations Act; it’s OK for an employer to prevent concerted legal activity. So it really undermined the entire purpose of the labor law, which was the seminal piece of legislation enacted in the ’30s. 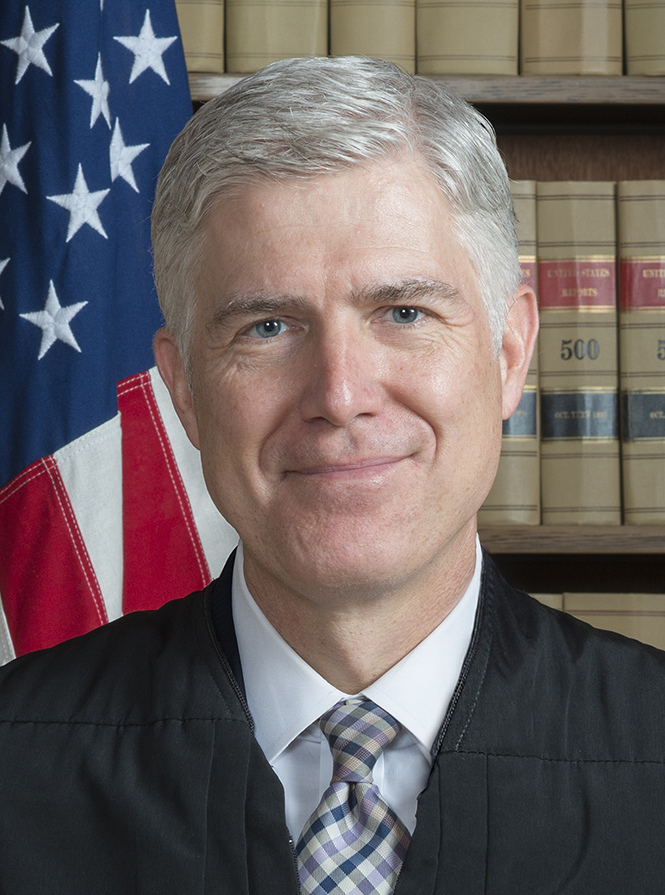 It’s shocking that the Court would just so casually do something like this, and yet they did it at a 5-to-4 vote. It was certainly not inevitable, but unfortunately, once Neil Gorsuch got on the Court, the vote became that. And he was the one that wrote this decision.

JJ: And they’re claiming that they’re basing their decision on this Federal Arbitration Act, which was enacted when it was about merchants, who were basically equally situated, dealing with one another, and now it’s been extended and extended. But it also was the case, wasn’t it, that the state, through the National Labor Relations Board, had been kind of on the side of a different interpretation of that, and so the Justice Department and the state itself has sort of switched sides on this, under Trump?

JD: Yes, the solicitor general under Obama had briefed this case in favor of the workers. And when Trump came into office, they switched sides. Not that necessarily that would have made a difference in the decision, but yes, this certainly, from a legal standpoint, should not have been inevitable at all. There should have been a way to stop it. But we’re in unfortunate times right now, and no matter how hard I think the workers tried—and a number of state governments filed briefs in favor of the workers; the entire civil rights community briefed this, as did many small businesses, and certainly the consumer groups all weighed in for the workers, not to mention the unions; there was a massive number, a lot of briefs that were written in support of the workers in this case, from prominent people — and it still didn’t sway this court.

JJ: Let’s talk about responses. It does apply to non-unionized workers, so in terms of responses, you know increased unionization is part of it. Ruth Bader Ginsburg, in her dissent, seems to kick it to Congress, and say that Congress should step in here, but when we look at the Congress we’ve got, we’ve got to think about that. And then I’ve also seen, and you’ve just touched on it, the idea that states and localities can resist in some way, by, for example, denying contracts to companies that require these clauses. Or California has this Private Attorneys General Act, where workers can bring civil actions on behalf of the state against employers who violate labor laws. But I just wonder, what tools do you think are available—given the Supreme Court—to push back on the actual impact of this ruling?

JD: You’re right, I mean, to have any kind of impact on this case is through the states. But there’s very limited things a state can do, because the way the Supreme Court looks at this, this federal law you mentioned, this 1925 Federal Arbitration Act, preempts or overtakes all state law. But that said, as you mentioned, states do have power through the marketplace. They do hire contractors, and they can establish terms for contractors that get taxpayer money, and it could include something to take care of these cases. Vermont also just passed a law that would cover unconscionable provisions in all kinds of contracts. So as long as the state law doesn’t specifically mention arbitration, it seems like, generally speaking, states can have some authority here. 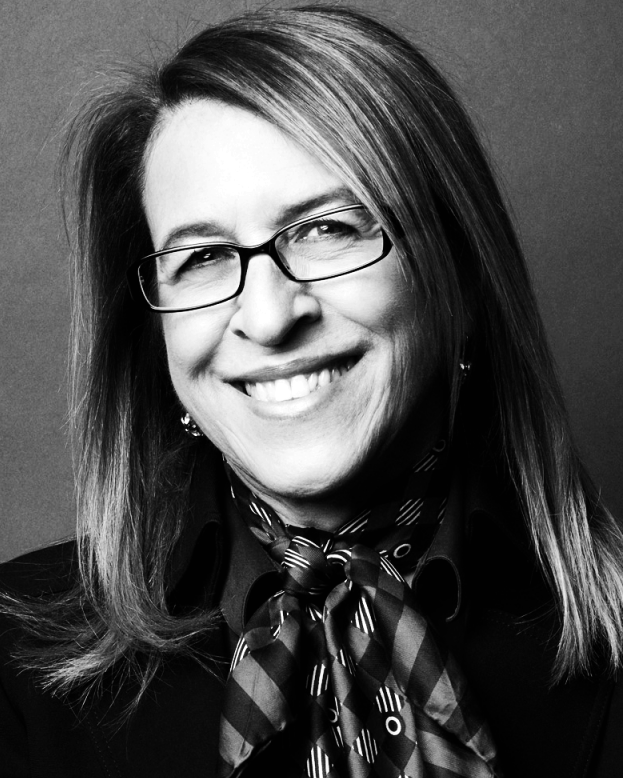 Joanne Doroshow: “Every single time, they flip it to Congress, and they say, ‘Well, Congress has to fix this.’ And so far, Congress has fixed nothing.”

But it is very limited, and obviously, what Justice Gorsuch said, and what Justice Ginsburg laid out, ultimately it is Congress’ responsibility to fix what this court has done. And this court has done a lot of bad things over the last decade, that we’ve been involved with as an organization. And So it’s not going to happen anytime soon. Maybe if we get both houses of Congress back and get a decent president in office, that could happen, but that’s a big if at this point.

JJ: Let me just ask you, finally, what you would look for from media in terms of explaining this issue to folks—more of, less of, in press coverage? What are your thoughts on that?

JD: What’s been interesting about this issue is the #MeToo movement. It crosses into the #MeToo movement quite a bit, because these are provisions that are preventing sexual harassment and abuse victims from being able to litigate their cases as well. So you see, for example, Gretchen Carlson talking about this and having press conferences about it. You see it raised in the connection of Trump and Stormy Daniels; Trump has everybody in his business operations sign these arbitration clauses.

It is a way of explaining things to people, maybe in ways that don’t seem so legalistic and can turn people off. But it’s one of these issues, these under-the-radar issues that I hope that the media does pay some more attention to, because this is really an example of where elections have consequences. Without Gorsuch on this Court, we would be in a completely different situation on a case like this.

JJ: We’ve been speaking with Joanne Doroshow. She’s founder and executive director of the Center for Justice and Democracy; they’re online at CenterJD.org. Joanne Doroshow, thank you so much for joining us this week on CounterSpin.

JD: Thanks for having me.