Amtrak engineer Brandon Bostian, who was operating a Washington-to-New York train in May 2015 when it derailed, killing eight people, was taken into custody on charges related to the Philadelphia-area crash.

Bostian, 34, turned himself in to Philadelphia police on Thursday, was arraigned and then released on $81,000 bond after a judge, acting on a private criminal complaint from a victim’s family, ordered eight misdemeanor involuntary manslaughter charges, among others, to be filed.

The Pennsylvania attorney general’s office then added a felony count of causing a catastrophe, according to AP.

Bostian’s “sign-on bond” means he will not have to pay as long as he appears for his court dates, the next occurring on June 7. His attorney, Robert Goggin, said the charges were hastily filed days before the two-year statute of limitations to do so was set to expire.

Goggin pointed out that the US Department of Justice and the Philadelphia District Attorney’s Office reviewed the evidence in the case and decided against charges, the Philadelphia Inquirer reported.

Last week, local prosecutors in Philadelphia said there was insufficient evidence to prove the Amtrak engineer, who has been on unpaid administrative leave since the crash, acted with intent or “conscious disregard” for passenger safety.

The state then assumed the case once the court ordered charges to be filed. Pennsylvania Attorney General Josh Shapiro filed the charges on Friday, according to the Inquirer.

“We will make our case in court; I think we have a strong case to make,” Shapiro said earlier in the week. “But I think what’s important here is that we thought it was vitally important that someone spoke up for the victims and tried to bring about justice for the victims. And that’s exactly what we did with the array of charges that we issued.” 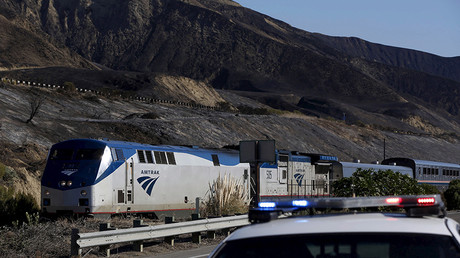 Bostian did not respond to questions from news media on Thursday.

On May 12, 2015, Bostian was operating a seven-car train, accelerating to 106 miles per hour on a 50-mph curve, when it derailed, killing eight and injuring around 200 passengers and crew, according to an investigation by the National Transportation Safety Board (NTSB). The investigation found that Bostian forgot where he was when he accelerated the train. He told investigators he could only remember hitting the brakes when the train began to tip over, minutes after speeding up during a straightaway.

The NTSB found no evidence that Bostian was impaired or using a cellphone. The agency partly blamed Amtrak for not adding automatic speed control systems along the Northeast Corridor, the train system’s busiest route.

Bostian has said he was disoriented before the accident on account of an object striking the train before derailment. He said via radio traffic that a commuter train nearby had been hit by a rock, though the NTSB has not found evidence of an object hitting the Amtrak train. 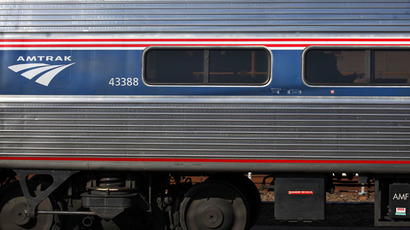 NTSB chairman Christopher Hart said last year that the agency believes Bostian was “distracted from this radio conversation about the damaged train and forgot where he was,” speeding to a level that exceeded safety limits.

Amtrak has agreed to pay $265 million to settle claims filed by victims and their families, AP reported.

The citizen complaint against Bostian was brought by attorneys for a family of one victim, Rachel Jacobs, who was killed in the crash. Thomas Kline, the family’s attorney, said Thursday that the charges filed against Bostian “ratifies the fact that there are important circumstances where citizens who are aggrieved and who follow the legal process can achieve justice,” AP reported.

The complaint says that Bostian was familiar with the route, understood that nearly 250 people were on board and knew that speeding to certain levels could cause derailment.