An American man who had been convicted of drug possession charges in Taiwan fatally stabbed himself after he was sentence to a four-year prison term.

Tyrel Martin Marhanka, 41, smuggled two separated 8-inch-long scissor blades into the courtroom where he was attending a sentencing hearing on Thursday. 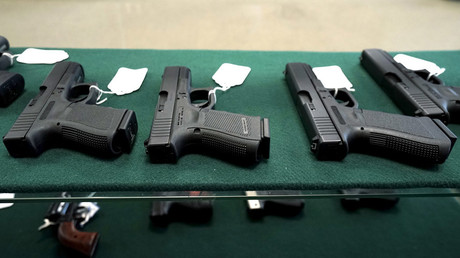 Upon the Changhua District Court judge sentencing him to four years in prison, witnesses told the Taipei Times that Marhanka shouted: “Four years?”

The translator informed Marhanka that that the sentence could be appealed, to which the American responded: “I don’t want to appeal. I don’t want to live anymore,” before stabbing himself in the neck.

Marhanka was rushed to the hospital, but his life could not be saved.

His was arrested in April 2015, after police found hundreds of cannabis plants and 10 opium poppies in his home. Charges for narcotics possession carry a sentence of up to seven years in Taiwan, but the court gave him a lesser sentence because he was growing the plants for his own use.

The court expressed “deep regret” over Marhanka’s death, and said that he showed no indications of suicidal tendencies.

Marhanka had been teaching English on the island until he lost his job over the marijuana charges, and was living in the city of Changua with his Taiwanese wife and two children. He had been living in Taiwan for more than 15 years, according to the Taipei Times.

The court said that it plans on installing two X-ray scanners to strengthen the courthouse’s security checkpoint, since a metal detector did not uncover the scissors.