Alzheimer’s disease, the notoriously hard-to-treat neurodegenerative disorder, may be caused by the immune system overzealously pruning the connections between neurons, a new study suggests.

In the study, published Thursday in the journal Science, a team of researchers at Boston Children’s Hospital found evidence that suggests Alzheimer’s may be caused by the normal “trash disposal” process of removing  unnecessary brain connections, or synapses, taken to abnormal levels. By blocking these mechanisms, researchers were able to reduce the amount of lost synapses in mice with Alzheimer’s. 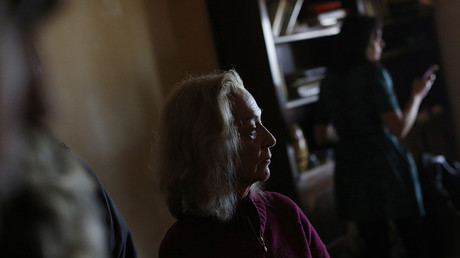 Synaptic loss has long been understood to be related to abnormal buildup of proteins on brain cells, which results in the loss of critical connections called neurons. But researchers have now discovered evidence that this degenerative process occurs well before the protein buildup appears – and is, in fact, the cause of Alzheimer’s rather than a symptom.

“Synapse loss is a strong correlate of cognitive decline,” says Beth Stevens, who led the team of researchers at Boston Children’s. “We’re trying to go back to the very beginning and see how synapse loss starts.”

There are currently five federally approved drugs on the market to treat Alzheimer’s, but they are only able to provide temporary relief from the disease’s cognitive impairment and don’t strike at the root causes. Newer drugs target the protein buildup on brain cells, but this study suggests that Alzheimer’s could be targeted in this way much earlier, tackling the disease before it is able to cause irreversible neurological problems.

The team believes that their findings could have an impact in treating diseases other than just Alzheimer’s, since there is a possibility that that the same overzealous mechanism is the cause of other disorders.

“Understanding a normal developmental process deeply has provided us with novel insight into how to protect synapses in Alzheimer’s and potentially a host of other diseases,” says Stevens. She points out that synapse loss also occurs in the Huntington’s disease, schizophrenia, glaucoma, frontotemporal dementia and other conditions.

The study’s findings should not be taken as conclusive, since the role of the immune system’s synapse cleanup mechanism in causing Alzheimer’s is still controversial, neuroscientist Edward Ruthazer told Science Magazine. Nonetheless, he said that the study is supported by strong evidence.