Proposals by shareholders and a group of Google staffers to tie executive pay to diversity goals and conduct studies on gender pay gap have been rejected by Alphabet, Google’s parent company.

A group of Google employees took the unprecedented step of addressing a shareholder meeting on Wednesday in support of tying executive pay to diversity performance. Alphabet argued the impact would be meaningless, as CEO Larry Page receives a base annual salary of $1 and is not compensated based on performance.

But Zevin Asset Management, the investment firm that drafted the proposal, said it would apply to every executive, not just Page. 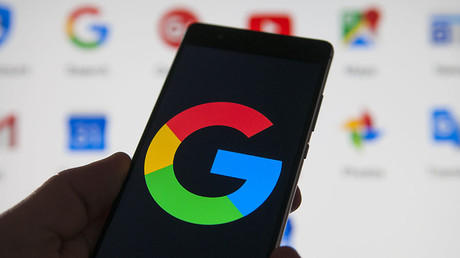 “Anyone whose compensation is reviewed in the proxy, people like [Google CEO] Sundar [Pichai], we are thinking about them, too,” Pat Miguel Tomaino, director of socially responsible investing at Zevin, told Gizmodo.

Employees who spoke at the shareholder meeting felt they had no choice, Liz Fong-Jones, a site reliability engineer at Google, told USA Today.

“We had exhausted our resources internally, and we felt that, No. 1, we are legally able to do this without getting fired and, No. 2, it was the right tool to apply to this issue,” she said.

The executives “don’t seem to have the right set of incentives and they, as a result, tend to pursue their other business objectives first and foremost and treat diversity and inclusion as an afterthought,” according to Fong-Jones.

The staffers appear to have been encouraged by the success of a petition, signed by several thousand employees, against the development of drone-targeting artificial intelligence (AI) technology for the Pentagon. Alphabet announced last week that it would drop the controversial but lucrative project.

“We have a clear policy to hire candidates based on their merit, not their identity,” a Google spokesman told RT in March after a recruiter accused the company of firing him because he would not reject Asian and white job applicants.

The debate about diversity at Google spilled over into the public sphere in August 2017, after the firing of James Damore. The software engineer was sacked after writing a memo accusing Google of policies and practices that discriminated against men and conservatives.

Those interested in diversity at Google ought not despair, however. Head of design for Google Emoji, Jennifer Daniel, tweeted on Wednesday that eggs have been removed from the salad emoji in the Android operating system, making it more inclusive for vegans.

There’s big talk about inclusion and diversity at Google so if you need any evidence of Google is making this priority may I direct your attention to the 🥗 emoji— we’ve removed the egg in Android P beta 2, making this a more inclusive vegan salad. pic.twitter.com/kzHY0A9ZjG