Tens of thousands of council-provided homes bought by working-class families in Britain are now being rented out by private landlords – a consequence of Margaret Thatcher’s iconic Right-to-Buy scheme, which was introduced almost four decades ago.

More than 40 percent of properties purchased under the Conservative program are now being rented out to the very communities they were designed to help, decades ago. 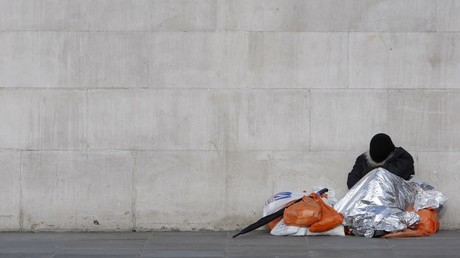 Low-income families are given the chance to purchase their home and get on the property ladder under Right to Buy. The stock of homes has not been replenished, however, meaning that the next generation of families in need have had to turn to landlords renting out those very same houses, which were bought at a massive discount.

New research has highlighted how the properties have gone full circle and are now being rented to people who cannot afford to buy their own home. At the same time, there is a dramatic shortage of council homes. 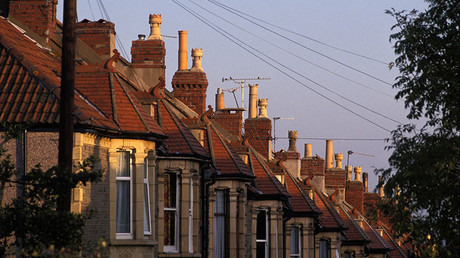 New figures revealed by Inside Housing magazine have shown that, by 2026, more than half of all Right-to-Buy homes will be rented privately if the current trend continues.
The same magazine reported that 180,260 leasehold properties have been sold by local authorities since 1980, citing data obtained from 111 councils. Almost 72,500 of those properties are now registered as an “away address,” meaning they are rented out.
Scotland scrapped Right to Buy in 2016, and Wales plans to do the same.

Britain is facing a crisis over housing.

Time spent on housing waiting lists has hit 10 years in some council areas and, in the past seven years, there has been a 97-percent fall in new social homes being built.
Under Right to Buy, homes are sold but council-housing stocks are not replenished, meaning the most vulnerable cannot be homed and are plunged into worsening conditions.

There are now just two million council homes left in Britain – down from 6.5 million when Right to Buy was introduced by Margaret Thatcher in 1980. Tory Chancellor Philip Hammond extended Right to Buy to properties owned by housing associations at a cost of £200 million ($268 million).

In some areas, there are few left. In Milton Keynes, where many people commute to jobs in the city, 71 percent of Right-to-Buy homes have been rented out.

In seven areas – Milton Keynes, Bolsover, Brighton and Hove, Canterbury, Cheshire West and Chester, Stevenage, and Nuneaton and Bedworth – more than half of all properties sold under Right to Buy are now being rented out privately.

Some analysts have said that the real number across the country is likely to be even higher because some homeowners will be subletting properties without informing their local councils.

John Bibby, chief executive of the Association of Retained Council Housing, said the figures were another sign of a broken housing market.

“We talk about the broken housing market and this is just another part of that,” he said.

“The government has promised a root-and-branch green paper on social housing and it will be interesting to see if that includes Right to Buy and its impact. So far there’s been no indication that government are moving away from the concept.”

John Healy, Labour’s shadow housing secretary, said: “Only one-in-five homes recently sold under the Right to Buy has been replaced. As this research shows, too often these homes become buy-to-let investments with higher rents costing the taxpayer millions more in housing benefit.”