A former CIA and NSA programmer has been charged with stealing and leaking classified information and with possessing child pornography. Joshua Adam Schulte is thought to be behind WikiLeaks’ exposure of the CIA’s hacking arsenal.

Schulte, 29, worked in the CIA’s Engineering Development Group, tasked with designing the clandestine tools used by the US intelligence agency to crack electronic devices and use them for surveillance. He left the agency in late 2016, but not before he stole highly sensitive classified materials from its computer network, prosecution believes.

In the indictment, filed by the US Attorney’s Office in New York’s Southern District on Monday, Shulte was charged with 13 counts of “alleged theft of classified defense information” from the CIA, which he then allegedly handed over to an unnamed third party, an organization that “purports to publicly disseminate classified, sensitive, and confidential information.” 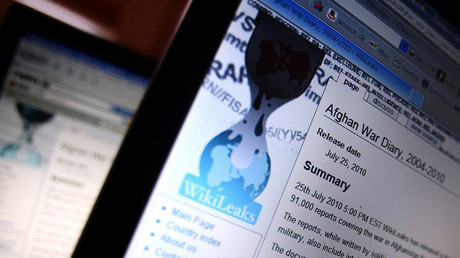 The programmer is also accused of storing and disseminating child pornography. A mind-boggling trove of 10,000 images and videos was discovered by FBI agents in an encrypted folder on Shulte’s personal computer during a raid on his property in August last year.

Other charges relate to him spreading malware, lying to the FBI, obstructing justice and even one count of copyright infringement. The maximum possible penalty stemming from all the charges amounts to 135 years behind bars.

The indictment cites FBI Assistant Director-in-Charge William F. Sweeney as saying that the former CIA operative had “utterly betrayed his nation and downright violated his victims.”

While the name of the outside organization that received the information was not revealed, US media say Schulte was behind the ‘Vault 7’ release by WikiLeaks, that exposed the CIA’s vast hacking arsenal. WikiLeaks published nearly 9,000 documents describing the agency’s capability to conduct surveillance through electronic devices like smart TVs or home security systems, as well as to exploit the vulnerabilities of Android, iOS and Windows platforms.

The anti-secrecy site began publishing Vault 7 materials on March 7, the date when “Organization-1 released on the Internet classified national defense material belonging to the CIA,” according to the indictment.

Schulte, who has been in custody since August 24, pleaded not guilty to the charges related to child pornography. His defense argued that he simply ran a public file-sharing server and was not aware that there was illegal content on it. 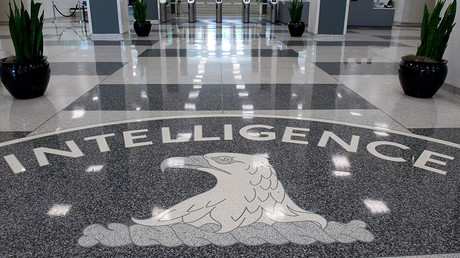 With charges against him piling up, Schulte’s lawyers keep insisting that the programmer is being made a scapegoat by the US government, whose war on whistleblowers has been well-publicized.

“As the evidence is flushed out, it will become clear that Mr. Schulte is hardly the villain the government makes him out to be,” his lawyer, Sabrina P. Shroff, said in a statement on Monday.

Schulte’s story appears to be full of murky details and inconsistencies that still need to be cleared up. The Daily Beast reported in May that, long before handing over the CIA’s hacking techniques to WikiLeaks, Schulte had posted the source code for a CIA hacking tool online. It happened as early as the fall of 2013, several months after former NSA contractor Edward Snowden exposed the scale of US global electronic surveillance. Schulte allegedly uploaded the software for CIA’s OSB Project Wizard on his GitHub page at the time. However, nobody seemed to notice.