A young British woman has escaped the death penalty, yet been sentenced to three years in jail for bringing 290 pills of Tramadol into Egypt. The painkiller is legal in the UK but a banned narcotic in the north African country.

33-year old Laura Plummer from Hull, England, was handed the three-year sentence for drug smuggling on Tuesday. Plummer and her family have always maintained that the pills – available on prescription in Great Britain – were for her partner Omar Abdel Aziz, who suffers from chronic back pain. The young shop assistant might consider herself lucky – earlier she’d been told that she might be facing 25 years in jail or even the death penalty. 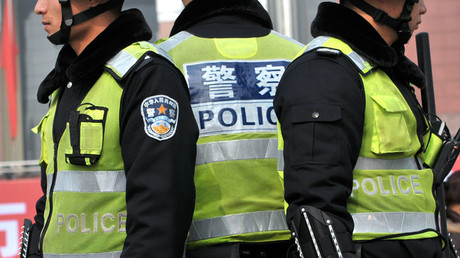 Plummer’s mother Roberta Sinclair flew in to Egypt to support her daughter in court.

“I’m still in shock after today’s verdict. It’s difficult and I can’t believe it after waiting for two months,” she told the BBC.

Plummer met her partner Aziz, also known as Caboo, three years ago in Sharm El Sheikh where he was working as a lifeguard. They entered into what is known as an Urfi marriage, not recognized by the state, and see each other a few times a year. Both Laura’s family and lawyers have argued that the pills were intended for Caboo – who provided the court with medical papers showing his back pain –and that Laura neither had any idea they were illegal nor plans to sell them. They also argued that Laura made no attempt to hide the drugs, and signed a confession in Arabic – a language she doesn’t speak.

The family’s lawyers are planning to launch an appeal.

“We’re just hoping. Even half of that would be better,” the Guardian quoted Laura’s sister Rachel as saying. “Anything less than three years. She doesn’t deserve that.” 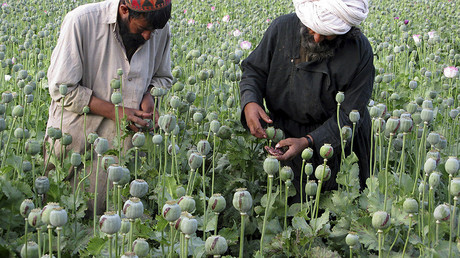 According to her family, Laura has been held in a packed cell with 25 other female prisoners since her arrest in October, and has been having suicidal thoughts. The family have also denied reports in the media that Caboo has abandoned Plummer for any other wife and/or girlfriend, saying he is “heartbroken” and has stood by her side since day one.

Tramadol, a prescription opiate and painkiller, is banned in Egypt and is used as a recreational drug for its cheap price and relaxing, re-energizing high, as well as its supposed aphrodisiac qualities. Since Egypt is a majority-Muslim country, it also carries less of a social stigma than alcohol, which is explicitly banned in the Koran.

As a result of the case, the British Home Office has updated its travel advice to tourists travelling to Egypt, reminding them: “If you’re travelling with prescription medication you should carry a medical certificate confirming that the medication has been prescribed for a medical condition.”