Prime Minister David Cameron’s own mother has lost her job as austerity measures imposed by central government have forced the local authority to close her beloved children’s center in Berkshire.

Mary Cameron said she was “very sad” after her Conservative council chose to close the children’s center where she volunteers. 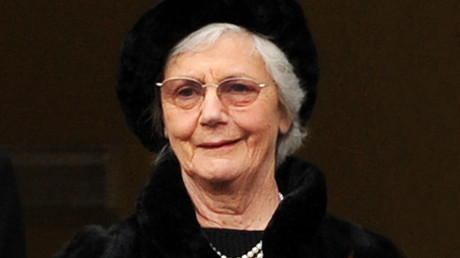 “I am very sad that it is being closed down but if there’s not enough money to pay for it things have to go. I don’t really know what can be done really as I’ve just heard about it. If it closes down then I shan’t be volunteering because there will be no one to volunteer for,” she told the Mirror.

Mary had previously signed a petition protesting her son’s cuts to essential services, but West Berkshire Council pressed ahead with the measures.

This is not the first time the PM has faced opposition among his own family. His aunt was reported to have attended two anti-austerity marches in Oxford, while his brother actively campaigns against cuts to legal aid.

Asked whether she has spoken to her son about the matter, Mrs Cameron told the Mirror: “No, because I don’t interfere. If you can do anything to help it would be great.”

Chieveley and Area Children’s Centre, where Mary volunteered, is one of four children’s centers set to be closed down in the area.

A spokesman for the council told the Mirror: “We will stop using four children’s centers, but our services will still be available in community locations. However, for others the services may be at a different location, which may be less convenient for them.”

Chancellor George Osborne’s November spending review revealed councils in England face losing 24 percent of their core funding from central government by 2020 after inflation is taken into account, on top of a 40 percent cut between 2010 and 2015.