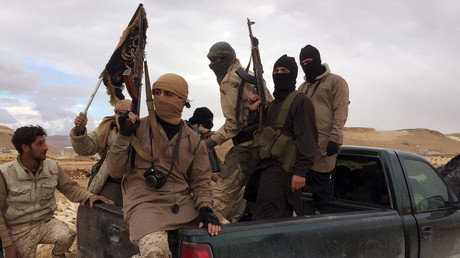 Former Congressman and libertarian politician Ron Paul believes the Pentagon hasn’t done anything to fight Al-Qaeda in Syria, and yet continues to denigrate the role of Damascus and Moscow in combating terrorists in the region.

“The real hypocrisy comes in our justification: we’re there to fight for our constitution, our liberties, and get rid of Al-Qaeda, and Daesh [IS, formerly ISIS/ISIL], because Al-Qaeda is the threat. But there’s no evidence that we ever did anything – Al-Qaeda is losing but it was in spite of us,” said Paul on his own talk show on Tuesday. “There’s no evidence we ever did much – it was the Russians and [the Syrian President Bashar] Assad who brought it to the point where we’re just about ready to get rid of Al-Qaeda.”

The former US Congressman, who now runs the Ron Paul Institute of Peace and Prosperity, noted that there is a vast distinction between Russia and the US-led Coalition forces operating in Syria. “First off, our government has no authority to be there. Another thing is it [Syria] is 6,000 miles away from home, there’s no threat to our security, our constitution, or our liberties. And we weren’t invited to be in there,” said Paul, explaining that, unlike the Western nations, Moscow’s military involvement in 2015 was officially sanctioned by the Syrian government.

“And yet, that information never gets out,” he said. “Nobody in this country wants to believe that we ever compromise ourselves on not fighting Al-Qaeda. But that’s the monster out there that justifies all this military activity and why we have to continue spending more and more money to make us safe. Exactly the same argument was used in the war against Saddam Hussein in Iraq.”

Ron Paul’s remarks came after the Syrian officials reported an airstrike in eastern Syria that Damascus blamed on the US. The attack has allegedly caused 52 fatalities, most of them being Iraqi troops and pro-Assad militias. The Pentagon has denied its involvement.