Student activists at Britain’s prestigious Cambridge University have lambasted one of the university’s colleges over an ‘Africa themed’ formal dinner held in a hall “filled with portraits of white people.”

Invitations to the dinner, hosted at Queens College on Tuesday, had to be changed after drawing sharp criticism for using Swahili phrases popularized by the Lion King. The original invite opened with the words “Hakuna Matata,” which means “no worries,” and urging students to bring their “rafikis,” or “friends.” 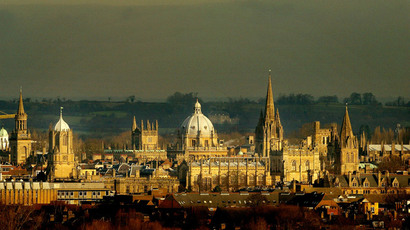 Swahili is not spoken in Senegal, Morocco, South Africa or Nigeria—the four countries whose cuisine was served at the dinner.

Writing on the student feminist blog FlyGirlsofCambridge, student Alice Davidson panned the event as an example of cultural appropriation rather than appreciation.

Davidson argued that appropriation might have been avoided “if the initiative had come from members of the African Society Cambridge themselves, who could then determine the menu and terms of cultural exchange rather than being invited as a token afterthought.”

She argued that the organizers were misguided in lumping together an entire continent while serving dishes from just four countries and suggested the formal ought to have been “more honestly named ‘West African’ or ‘South African’ themed, rather than attempting to reduce an entire continent into 3 courses.”

President of the Cambridge University African Society Halimatou Hima said that Queen’s College had tried to work with them on the event but communications had broken down.

In a statement, Halimatou said: “Given the historical (and ongoing) prejudices that have defined interactions with the African continent and its peoples, I decided as president of ASCU that it would be in our society’s best interest to withdraw.”

The incident follows the cancelation of Pembroke College’s ‘Around The World in 80 Days’ party in March, which was met with criticism of cultural appropriation. Student campaigners were worried the theme might have encouraged partygoers to stereotype different cultures.