Abdul Bari, a frontline interpreter for British forces during the war in Afghanistan, has had his bid for asylum in the UK rejected. He told RT if he returns to Kabul, he will be killed by the Taliban.

“That is unfair. That is injustice,” he said. “Because when I worked I helped the British forces in a very risky time. But at the moment I am at risk, and I need help. But they are still ignoring me.” 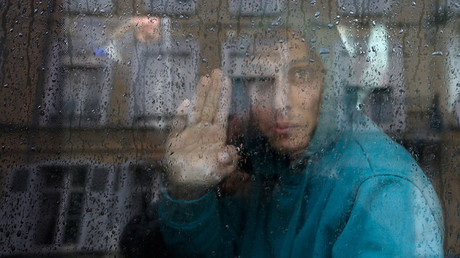 “I knew that if I joined the British forces it would be a great choice for me … the situation in our country was very bad. So I had to help the international forces to protect our country,” he said. “They came to my country to protect us, so why should I not help them?”

Working with British troops made Bari a target for Taliban forces.

“There was a phone call for my father and a letter put through my door that says ‘You know your son is working for the infidels. So tell him to leave the job, otherwise he will be slaughtered.’”

The threats soon turned to violence when the Taliban came to his home and beat up his mother and father. With his and his family’s life in danger, Bari was forced to flee.

“I did not have enough time to stay there and go and seek the authorities for protection or something like that. The only choice for me was one choice: to leave the country.”

Bari came to Britain illegally through Calais and applied for asylum on the very first day. Since then the Home Office has rejected both his initial application and his appeal. The government says it is safe for Bari to return to Kabul, where he says his life is in danger. 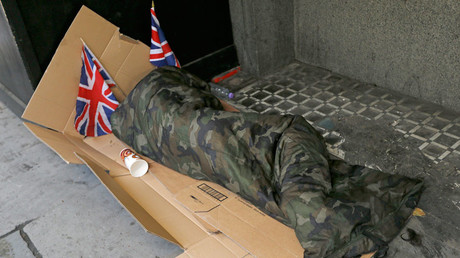 “They already gave me the notice for deportation. They told me that you have to leave the country. So they will send me where I will definitely be killed.”

Bari is now waiting for his final appeal against deportation to be considered by the Home Office.

“[In Afghanistan] there was a big threat for me there – the Taliban – and here, I have very bad depression,” he said. “Day by Day by depression is getting worse. So I’m worried about my life and what could happen to me.”

About 1,000 Afghan interpreters worked with UK forces. Around 400 have been given a UK visa, while 600 haven’t qualified. The system has been described as “unfair” and a lottery.

“Our expert team investigate all claims of intimidation and their findings are considered on a case by case basis,” the government told RT.