The Alaska House has formally rebuked a Republican representative who accused women of getting abortions so they could get a “free trip to the city.” It marks the first time the House has ever censured a lawmaker.

A motion to censure Rep. David Eastman was approved in a 24-14 vote after hours of debate on Wednesday evening, making the Republican the first member of the House to be formally rebuked in state history, KTUU reported.

The censure “puts the Alaska House of Representatives on record as finding that Rep. Eastman’s conduct brings the House into dishonor and disrepute,” a press release from the House Majority Coalition states.

“Today’s censure motion is in direct response to comments from Rep. Eastman claiming that some women with limited healthcare options purposely get pregnant so they can subsequently choose to get an abortion in order to obtain a state-funded trip to Alaska’s urban centers or Seattle,” it continues.

Most members of the House’s Republican minority voted against the motion.

The move was supported by the Central Council of Tlingit and Haida Indian Tribes of Alaska, which described the comments as demeaning and “misogynistic.”

Officials from the Council issued a statement in which it called Eastman’s statement a “direct insult to Alaska native women,” noting that despite constituting less than 20 percent of the population, they make up nearly half of its reported rape victims, Alaska Native News reported.

It is worth noting, however, that Eastman’s statements did not explicitly refer to Alaska native women.

The censure comes after Eastman attached an anti-abortion message to a resolution last week, which was aimed at raising awareness of child abuse and sexual assault.

In the message, he stated that abortion was the “ultimate form of child abuse.”

However, Eastman’s controversial statements didn’t end there. In an interview with AP, he accused women in Alaska of seeking abortions so they could take a journey into the city, paid for by Medicaid. 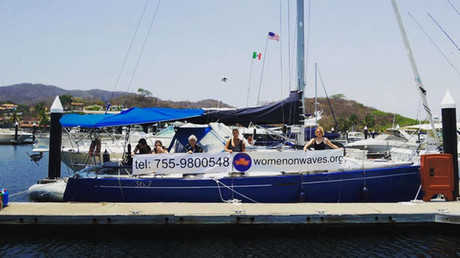 His statement was apparently in reference to a ruling by Alaska’s Supreme Court, which says the state must fund medically-necessary abortions if it funds other medically-necessary services for others in financial need. Travel costs are sometimes included.

Eastman later reiterated his stance on the matter, telling Alaska Public Media that some women living in villages are “glad to be pregnant” so they can take a free trip to Anchorage for a termination.

“We’ve created an incentive structure where people are now incented to carry their pregnancy longer than they would otherwise and then take part in that when they wouldn’t otherwise be doing it,” he said, referring to women who are forced to leave Alaska for second-trimester abortions, due to strict state regulations.

When asked for evidence, Eastman simply said he “certainly knows of specific instances,” but declined to provide details.

However, Eastman seemed less sure of his statements on Wednesday, stating during a 20-minute speech on the House floor that he was sorry for his comments.

“Certainly if I could go back and not say them, I would do so,” he said as quoted by KTVA CBS 11 News. He asked forgiveness from anyone who felt hurt by his statements, which a Planned Parenthood spokeswoman called “ludicrous and despicable.”

The Wednesday rebuke serves as a formal reprimand from the House, but places no restrictions on Eastman.

It’s not the first time that Eastman, who has described himself as the “least politically-correct legislator in Alaska,” has been the center of controversy.

The Republican was also the only House lawmaker to vote against bills honoring Hmong and Lao veterans of the Vietnam war and the contribution of 4,000 black US soldiers who faced harsh conditions while building the Alaska Highway during World War II, saying that no group should be singled out due to race or heritage.