There seems to be no sign of Russophobia abating in the UK, as the British Army has issued a warning against talking to a Russian journalist who was doing just as many other journalists were: Reporting on a cyberwarfare facility.

The British Army has issued a top-level security alert to all its bases across the UK, warning soldiers that they should by no means engage in any conversations with a certain Russian journalist, should one happen to approach near any military facility. The “official-sensitive” document obtained by the Daily Mail also advised members of the military to call the nearest police department “ASAP” to deal with such a “threat.”

Actually referred-to as a ‘spy’ in the British media, it was in fact the UK Bureau chief of Russian Channel 1 who had been making the report about the 77th Brigade base in November. Timur Siraziev and his cameraman were seen filming near the Berkshire facility where they had presented press credentials. Their access was denied, so they filmed their report outside and left. 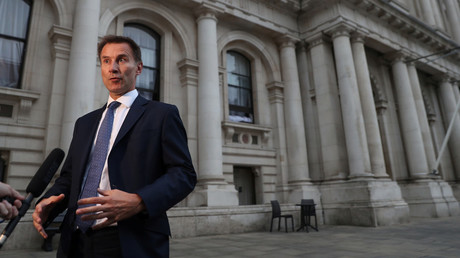 “I approached an entry checkpoint and introduced myself… said that we wanted to talk,” Siraziev said, noting that neither he nor his cameramen were hiding and that he’d contacted the Defence Ministry’s press service earlier but received no reply.

Siraziev’s actions would normally look like something a typical journalist would do. However, the British military seem, somehow, to have seen it in an entirely different way.

“This sort of activity is spying to all intents and purposes and it will raise deep concerns among personnel in 77th Brigade and their families,” former British Army commander Colonel Richard Kemp said, as cited by the Daily Mail. He also accused the Russian journalists of not respecting the “operational secrecy” of the base, and called for “more preventative action.”

So, what was so menacing in the Russian journalist’s actions that prompted London to label him a spy (apart from a simple fact that he was a Russian, of course)?

The ‘secret’ base, as it happens, is not very shy about what they do. They let a social media researcher, Carl Miller, who frequently writes about the ‘Russian threat,’ into their facility and showed him many aspects of their work. In his piece for Wired, titled “Inside the British Army’s secret information warfare machine,” Miller reported on what he’d found out about activities at the base.

In his report, Siraziev simply relied on facts about the base revealed by Wired and other British media and open sources who called the brigade ‘facebook worriers’ and a secret cyberwarfare unit packed with hand-picked tech and computer experts focused on conducting psychological influence and information operations on the web.

But a Russian writing about the same things is ‘spying’, The British media, eager to jump on the bandwagon of Russophobia, has once again cried. The reports provoked an angry reaction from Siraziev himself, who said he is “not a spy but a journalist” on his Instagram page and accused the British media of “telling lies.”

But it looks like the UK tends to treat almost any Russian as a spy these days. In early November, the Times published a piece by the Henry Jackson Society, which squarely labeled “between a quarter and a half of Russian expats” living in the UK as “informants.”

Also on rt.com
75,000 Russian expats spying in London? Their handlers’ workload must be a nightmare!


It was estimated that in 2014 there were 150,000 Russians in London itself, meaning that, according to the think tank, there must be some “75,000 informants” in the British capital alone.

The report, however, was mocked on social media after it was revealed that it was based on just 16 “on-and off-the-record conversations” with “individuals who currently occupy, or previously occupied, positions of influence and power, particularly those who are consequential to Russian affairs.”