Drinking alcohol within recommended limits could be better for you than not drinking at all when it comes to avoiding heart disease, new research has found.

Consuming within the recommended limits of around one-and-a-half bottles of wine or seven regular-strength lagers per week could lower your risk of getting certain heart diseases.

Researchers at the University of Cambridge and University College London analyzed data from almost 2 million people in the UK, and found that those who do not drink at all, or who drink heavy doses, are more likely to be affected by seven types of heart condition – including strokes and heart attacks – than moderate drinkers.

Lead researcher Steven Bell told the Independent that the findings, however, are not a reason for teetotalers to take up drinking, as there are other ways to reduce the risk of developing heart conditions, such as a healthy diet.

According to Bell, a biological reason for the findings, which were published in the British Medical Journal (BMJ), could be that alcohol reduces inflammation in people who drink moderately, while also boosting their ‘good’ cholesterol levels.

However, Bell added that alcohol’s quality of making people more sociable also played a role in a person’s overall wellbeing, which was also seen to reduce the risk of developing heart disease.

“But some people would say these people just tend to be more healthy and socially engaged, and that’s leading to lower levels of different types of heart disease than the drinking itself,” he said.

The study, which examined the correlation between data on people’s alcohol consumption and 12 heart conditions, adds to previous scientific claims that moderate alcohol intake can be help decrease the chance of heart disease. 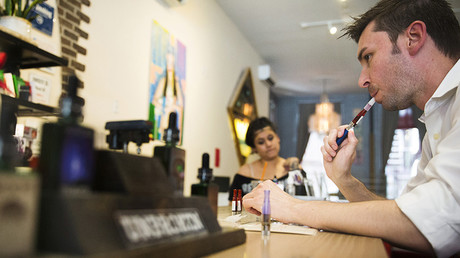 The research, however, is “larger than all previous studies when pooled together” and representative of the “general population.”

According to the findings, people who consume no alcohol at all are more likely to suffer unstable angina, heart attack, sudden coronary death, heart failure, stroke caused by loss of blood flow, abdominal aneurysm and peripheral arterial disease compared to those who drink moderately.

Non-drinking, however, seemed to have no impact on conditions like cardiac arrest and brain attack, or what is known as ‘mini-stroke’.

“A particular strength of this study is that, because of the numbers involved, the researchers are able to separate out different risks for different heart conditions,” he said.

“The idea that ‘alcohol is good for the heart’ overlooks the fact that there are a wide range of heart conditions and that, knowing what we do about the biological effects of alcohol, the effect of drinking on these conditions should vary,” Nicholls added.

“This study confirms that alcohol produces different patterns of risk, depending whether we are looking at, say, myocardial infarction or angina.”

The research findings have also been welcomed by Harvard Medical School and John Hopkins Public School of Health in the US, as they claim it paves the way for future collection of bulk data that would lead to “reliable, and unbiased findings.”