A 23-year-old Russian citizen adopted by an American couple from California has filed a lawsuit against the parents, accusing them of longstanding sexual abuse. The adoptive mother and father face dozens of counts of unlawful sexual intercourse and incest.

Denis Flynn, 23, was adopted by Ralph and Carolyn Flynn when he was nine years old.

At first, the journey to America for the Russian boy who had spent three years in an orphanage appeared to be a dream.

“I had my own bed, my own TV, fantastic food. Things,” the San Jose Mercury News cited Denis as saying. “I was given a few months to enjoy this new life.” 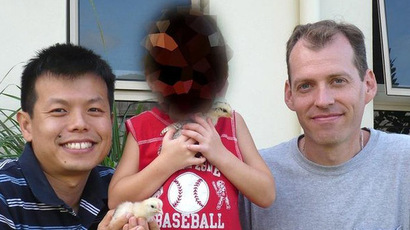 Denis came back down to Earth with a bang when his new father Ralph Flynn, now 71, reportedly started to sexually abuse him on a regular basis.

“I knew in the beginning it was wrong, but fear took over,” said the young man, who firmly decided he was “not going back to the orphanage.”

Making his first public media comments on the issue at the Alexander Law Group in San Jose, California, at the beginning of March, Denis claimed that sexual encounters soon became more frequent, “from three times a month to almost every day, to every morning, every afternoon, every evening.” When the boy turned 15, Carolyn Flynn, now 44, allegedly became involved in the sexual abuse of her adopted son, too.

“That was my first time. That was a mind trip as well. I lost my virginity to my mom,” Denis Flynn told detectives in an interview with Santa Clara County Sheriff’s Office.

He says the acts of coercion stopped when Denis turned 19. He was allegedly conditioned not to contact police regarding the sexual acts he had with his adoptive parents. 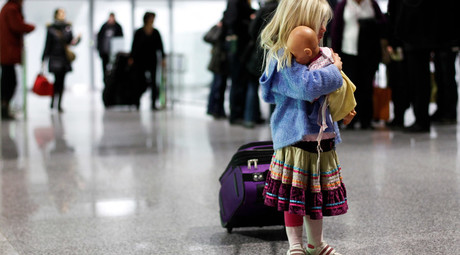 But what he suffered never left Denis Flynn. According to police records he tried to commit suicide several times before finally confiding the abuse to a psychologist in 2012.

The psychologist reported it to the Sheriff’s Office, but at the time Denis declined to press charges. Still, as the time passed and he became further removed from the Flynns, he finally found the strength to go to the authorities with a claim in August 2015.

After an investigation and a pretext call to the couple organized by detectives, Ralph and Carolyn Flynn were arrested in November. Both face dozens of charges, including allegations of continual sexual abuse, unlawful sexual intercourse and incest. In US legal terms, ‘incest’ can include sexual relations with adopted relatives.

The husband faces 44 counts, 21 of which he is charged with alongside his wife.

Carolyn Flynn has been released on $525,000 bail, while Ralph Flynn is being currently held in the Elmwood Correctional Complex on $2.5 million bail.

After the arrest, Ralph Flynn admitted to the abuse, writing an apology letter to Denis, claiming he had been “blinded” by his affection and regretted everything, wishing he and his adoptive son could “start over anew.”

Ralph Flynn is suspected of another case of sexual abuse, of a boy he adopted in 1972, who is also believed to have been subject of sexual assaults until he reached college age.

The Flynns had a biological son who appeared to have been unaware of alleged sexual abuse going on at home.

A California judge has barred attorneys from discussing Denis Flynn’s case with the media.

Denis Flynn himself prepares to start a new life, telling detectives he holds no hatred towards foster parents.

“I want people to know that what they did to me was wrong,” said Flynn, who is currently employed as a massage therapist. “I would like any other victims listening to this to know that they did nothing wrong. They have a voice. Hopefully I can inspire some inner courage to speak out.”