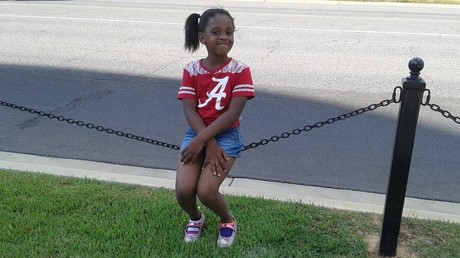 A nine-year-old Alabama girl killed herself after bullies racially abused her for being friends with a white boy, the family of the child says.

McKenzie Adams died by suicide at her grandmother’s home in Linden, Alabama on December 3.

The fourth grader had been bullied by her classmates at US Jones Elementary School in Demopolis after she transferred there from Linden Elementary, because she had been tormented by bullies there, too. Her family told reporters that she had told her teachers and the principal at Jones Elementary that she was being bullied a number of times.

“She told me that this one particular child was writing her nasty notes in class,” McKenzie’s mother Jasmine Adams told CBS42. “It was just things you wouldn’t think a nine-year-old should know.”

“Part of it could have been because she rode to school with a white family,” Adams said. “And a lot of it was race, some of the student bullies would say to her ‘why you riding with white people you’re black, you’re ugly. You should just die.’”

“She was being bullied the entire school year, with words such as ‘kill yourself,’ ‘you think you’re white because you ride with that white boy,’ ‘you ugly,’ ‘black b-tch,’ ‘just die’,” her aunt Eddwina Harris told Tuscaloosa News.

The school’s attorney said it is working with police regarding the tragedy. “They are doing a joint investigation of these allegations. We are cooperating fully and I can’t comment on any of the aspects of the investigation until they conclude it,” it said.

A funeral will be held for Adams at Jones Elementary on December 15.