The US has, since 2012, ‘lost’ some $9,7 million in assets in Afghanistan because of the army’s negligence, Pentagon’s watchdog has revealed, adding enemy troops might have even used the resources against US troops.

The ‘Army Oversight of Logistics. Civil Augmentation Program Government-Furnished Property in Afghanistan’ report was released by the Inspector General of the US Department of Defense earlier in December. It analyzed the US army-administered Logistics Civil Augmentation Program (LOGCAP) which enlists contractors to provide housing, transportation and facilities maintenance for US forces. The program is tasked with maintaining Government-furnished property (GFP) in Afghanistan, servicing heating and air conditioning units, forklifts and power generators. 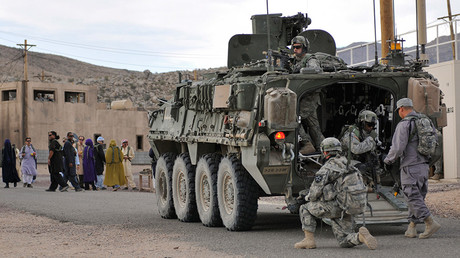 The key finding of the study highlighted the US army’s negligence in managing US assets and that it didn’t conduct “effective oversight” of it’s inventory. “LOGCAP contractors themselves reported more than $9.7 million in GFP losses since 2012,” the report says. And as US army officials did not maintain accurate records of all the property, they cannot be certain that “all contractor GFP losses have been identified, investigated, and reported.”

“As of May 2017, the US army didn’t maintain accountability of at least 26,993 items, valued at $99.9 million,” the document said. It added the property was at increased risk of “being lost, stolen, or unaccounted for without Army detection.”

“If enemy forces obtain certain controlled items, such as personal protective equipment, they could be used against US and Coalition forces,” it said further. LOGCAP’s “lack of accountability” limited the US army’s ability to sustain its bases in Afghanistan in a proper manner, the company adds. Specifically, the US military had to rely on contractors’ records “for procurement-related decision making.” At least 20 fire trucks worth $8.6 million, and six semi-trucks worth $1.3 million, were among the items ‘lost’ due to negligence.

This is not the first report that questions US management strategy in Afghanistan. In August this year, the US Agency for International Development (USAID) revealed that its mission in the war-ravaged country failed to report fresults from 91 percent of Afghanistan Reconstruction Trust Fund (ARTF) contributions in its 2013-2015 annual reports. USAID provided Afghanistan with $1,5 billion, according to the data. 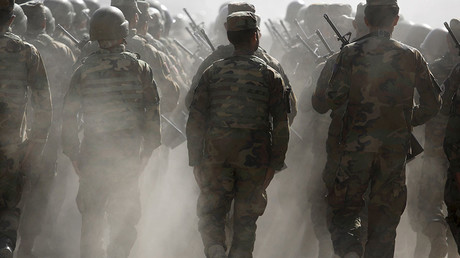 Earlier this year, US president Donald Trump blasted the US military’s top brass for losing ground in the country and even questioned whether America’s longest-running war is still worth fighting. In July, US Defense Secretary James Mattis echoed the president, criticizing the Pentagon for spending $28 million on uniforms for Afghan National Army soldiers, which featured a camouflage pattern entirely unsuitable for Afghanistan.

Despite the US-led war in Afghanistan which has been raging on for nearly seventeen years, the Taliban still maintains a significant presence in the country. From 2001 to mid-2016, around 104,000 people, including 31,000 civilians have been killed in the war, according to the Costs of War Project.