Amazon has halted development of a high-rise office block in downtown Seattle, threatening to ditch the plans altogether unless the city withdraws a proposed new tax to fund homelessness programs.

The retailer’s decision to delay construction on its 17-story ‘Block 18’ tower also threatens the 7,000 new jobs the company planned to create. Drew Herdener, vice president of the e-commerce behemoth, also said the firm may not occupy space in another skyscraper currently in development in the city, choosing instead to sublet it to another firm. 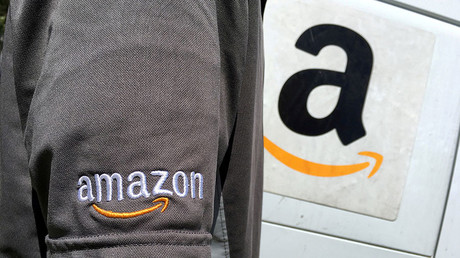 Speaking to the Seattle Times, City Councillor Kshama Sawant accused Amazon of “blackmail” while Mayor Jenny Durkan said she was “deeply concerned” about the impact the company’s move might have on the city.

The row follows Seattle’s decision to introduce a tax on the city’s 500 largest businesses. Seattle would raise an extra $75million under the plans, the majority of which would go to affordable housing. Homelessness has reached crisis point in the city, with 169 deaths recorded across the King County area last year. It is estimated that Amazon’s tax obligation under the proposal would be around $39million. The council will vote on the proposal on May 14.

“I can confirm that pending the outcome of the head-tax vote by City Council, Amazon has paused all construction planning on our Block 18 project in downtown Seattle and is evaluating options to sub-lease all space in our recently leased Rainer Square building,” Herdener said in a statement cited by Reuters.

Last week, Amazon reported a quarterly profit of $1.6billion. A forecast of further growth sent shares up seven percent to a record high, adding an extra $8 billion to the net worth of Amazon’s Chief Executive and largest shareholder Jeff Bezos.

READ MORE: Amazon workers pee into bottles out of fear of being punished for taking bathroom breaks

Amazon has come under fire in recent times over its rates of pay as well as the standard of work conditions for the company’s employees. A 2017 investigation by the Daily Mirror found that workers at the retail giant are treated “like animals” and forced to work in warehouses without air-conditioning. The company is also said to have had paramedics on call during the summer months for those who fainted at work.

It remains to be seen if Amazon will actually shelve the development entirely, or if the pause is simply an attempt to rattle Seattle’s politicians. The move undoubtedly has placed the city council between a rock and a hard place.