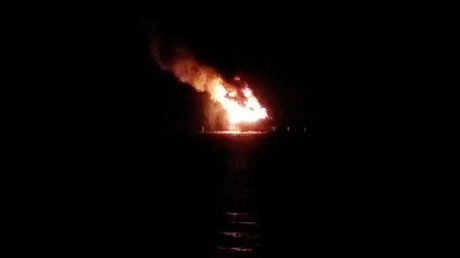 Several people have been injured and at least one remains missing after an oil rig caught fire and exploded in Lake Pontchartrain, north of New Orleans, local authorities said.

“Several people have been rescued from the active fire on the rig,” Jefferson Parish spokesman Antwan Harris said.

While there were “a lot of injuries,” according to Kenner Police Department spokesman Sgt. Brian McGregor, no deaths have been reported. At least seven people have been injured and one is missing.

The East Bank Consolidated Fire Department said its primary goal was to stop the oil flow or let it burn off. Authorities are yet to determine the cause of the incident.

Meanwhile the Coast Guard and other first responders are coordinating search efforts for the missing man, whose name has not been released.