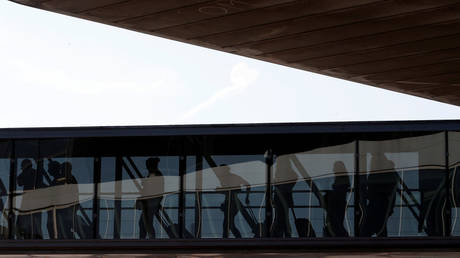 At least six people have suffered injuries after a jet bridge partially collapsed at Baltimore-Washington International Airport, it has been confirmed.

The condition of those wounded is unknown, but their injuries are believed to be non-life-threatening. The airport blamed the incident on “partial equipment failure” at Gate E-10, and confirmed that the injured were transferred to local hospitals.

According to reports, the incident occurred just as Southwest Airlines passengers were exiting an aircraft after arriving from Punta Cana. No other information has been offered by the airport authorities.

FAA will investigate @BWI_Airport Jetbridge collapse. Initial reports: it appears 4 medics, a sick passenger & 2 airline employees were in jetway when it collapsed from plane level to the ground. The airport says preliminarily injuries do not appear life threatening #breaking