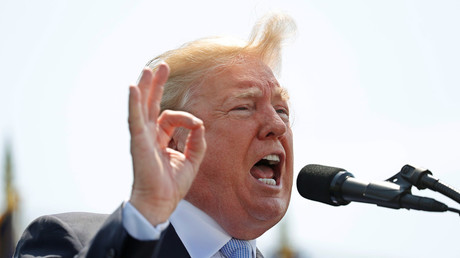 Donald Trump has been hailed as a leader who keeps his promises. But the horrific violence and diplomatic rows in the wake of the US embassy’s move to Jerusalem illustrate how not all campaign pledges are created equal.

Fox News host Sean Hannity claimed that the decision to move the US embassy in Israel to Jerusalem was “yet another example of Donald Trump keeping promises to you, the American people.”

But with dozens of Palestinian protesters dead, and more than 2,000 injured – not to mention the diplomatic fallout from the internationally-condemned move – perhaps some promises aren’t worth keeping. Trump’s controversial Jerusalem move is hardly unique: the US president has followed through on a number of eyebrow-raising pledges, including pulling out of the landmark Iran nuclear deal, vowing to boost military spending, withdrawing from the Paris Climate Accord, and keeping the detention facility at Guantanamo Bay open.

RT takes a look at five times Trump kept his word – but probably shouldn’t have.