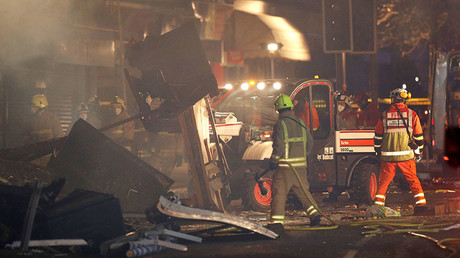 Four people have been killed and four more injured in an explosion inside a building in Leicester, triggering power outages and a partial evacuation of the area.

Local fire brigades, the ambulance service, and police in Leicestershire responded to reports of an explosion and fire at a building on Hinckley Road Monday morning, according to a police statement.Hinckley Road and adjacent streets have been cordoned off and motorists were advised to keep away from the area

“Four people are confirmed to have died in an explosion at a property in Leicester last night,” law enforcement said in a statement.

Another four people remain in the hospital, one with serious injuries.