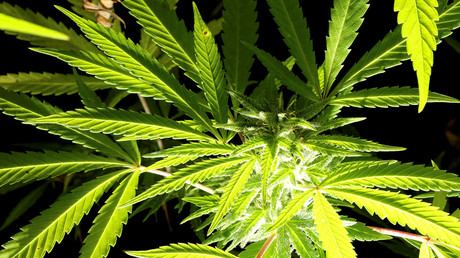 The term ‘420’ has become a recognized code for ‘cannabis-friendly’ people and places, in addition to describing the de facto world weed day. The term’s origin remains somewhat clouded in mystery, though, owing to multiple myths.

Throughout the years, a variety of theories and fake origin stories for the term ‘420’ developed and were passed around the world, including, but not limited to: 420 being the California penal code designation for marijuana use (it actually refers to obstructing entry to public lands); it being the code used by the LAPD or NYPD to alert officers of marijuana use in progress (it is not a US police designation for anything); a reference to the number of chemical compounds in marijuana (actually 315); or the anniversary date of the deaths of popular musicians like Jim Morrison (actually, July 3), Jimi Hendrix (September 18) or Janis Joplin (October 4). All these among other, increasingly preposterous and far-fetched theories.

The widely recognized origin of the term ‘420’ as cannabis subculture slang stems from a group of students at the San Rafael High School in California in 1971. The term, pronounced four-twenty and never four hundred and twenty, according to Snopes.com, was used by members of a group known as ‘The Waldos‘ (as they reportedly used to hang out beside a wall, though the term has also been used to refer to oddballs or outcasts) as a reminder of their daily ritual to meet at 4:20pm to light up a joint or two following one notorious adventure.

The group of five teenagers, Steve Capper, Dave Reddix, Jeffrey Noel, Larry Schwartz, and Mark Gravich, obtained a hand-drawn map which supposedly pointed to a hidden marijuana-growing operation at Point Reyes, northwest of San Francisco. The man responsible for establishing the plantation was a Coast Guard reservist but no longer had the time nor the desire to maintain the crop and offered it to the group of five friends.

The group piled into a 1966 Chevy Impala before setting off to find the hidden treasure trove of THC at 4:20pm one afternoon, but they were unsuccessful. “We were smoking a lot of weed at the time,” says Dave Reddix or Waldo Dave, as cited by Snopes. “Half the fun was just going looking for it.” Despite multiple such expeditions, known among the group as ‘safaris,’ the gang never found the rumored Holy Grail of green.

The group of friends began using the term 420 from then on, spreading the terminology among friends and acquaintances, eventually reaching as far as the rock band The Grateful Dead, and further disseminating worldwide via their fans, affectionately known as Deadheads.

Over the course of the next few decades, however, the term ‘420’ became an internationally recognized identifier that whoever said it identified with the cannabis subculture. The term eventually referred to smoking marijuana in general and has also become the international day celebrating cannabis culture using the US date style 4/20. The term has become so widely used that ‘420’ was added to the Oxford English dictionary in 2017.

“We thought it was a joke then,” said David Reddix, a filmmaker and retired CNN cameraman, as cited by the AP. “We still do.”

It’s 420 eve. Don’t forget to tell a friend that the war on drugs has never been about safety and always been a way for the power establishment to criminalize communities of color and peace activists. Thanks, Nixon! Thanks, all presidents afterwards for not putting an end to it!