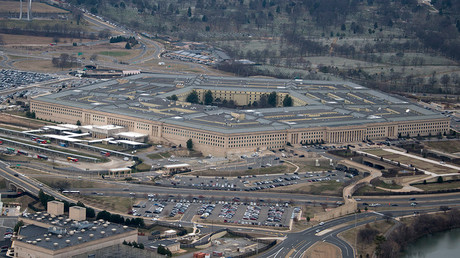 On Thursday, Republican and Democratic leaders on the House Energy and Commerce Committee and leaders of the House Natural Resources Committee, opened separate probes into Whitefish Energy and the Puerto Rico Electricity Power Authority (PREPA), according to The Hill.

The Department of Homeland Security’s Office of Inspector General has also initiated an audit of the contract in question, department spokesman Arlen Morales said, The Hill reported.

The US energy company allegedly has minimal experience repairing electricity infrastructure, and only employed two people at the time Hurricane Maria made landfall in Puerto Rico last month, the Daily Beast reported.

Whitefish Energy only recently hired more employees, but it’s not known how many workers the company employed during the finalization of the deal. However, its company profile still only shows two full-time employees working for the firm.

The energy enterprise, which hails from the Montana hometown of Interior Secretary Ryan Zinke, drew strong criticism from lawmakers, the Independent reported.

On Thursday, the House Energy and Commerce Committee sent a letter to Whitefish CEO Andrew Techmanski, requesting various documents regarding the firm’s activities in Puerto Rico and a staff briefing by November 9.

Leaders in the House Natural Resources Committee directed their own probe at PREPA President Ricardo Ramos Thursday, asking for documents connected to how the agency he leads contracts with companies such as Whitefish. 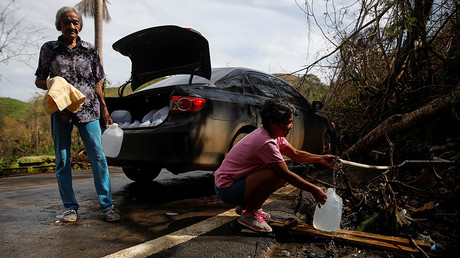 House Natural Resources Committee Chairman, Representative Rob Bishop (R-Utah) and Representative Bruce Westerman (R-Arkansas), penned the letter and was blunt in their criticism of the contract.

“The committee is also examining PREPA’s decision to forego the activation of the mutual assistance program,” they wrote, referring to the American Public Power Association’s program allowing utilities to call upon other utilities to aid in disaster relief.

Morales outlined the DHS Inspector General’s plan for their own investigation.

“They will review the contract and as part of their standard procedure, they will conduct vetting to look for the presence of any inappropriate relationships,” Morales said.

PREPA has defended the contract against recent calls for investigations and said Whitefish was awarded the multi-million dollar contract because they were the first to offer to help the storm ravaged territory without demanding significant advance payment, The Hill reported.

San Juan Mayor Carmen Yulin Cruz even got involved in a war of words with Whitefish on Twitter. But Whitefish has since apologized to the mayor and the people of Puerto Rico for their part in the dispute.

This past week, numerous officials have called for several kinds of investigations into the approval of the Whitefish contract, including Cruz and fellow congressional Democrat, Puerto Rico Governor Ricardo Rossello.

Cruz was emphatic in her criticism of the PREPA-Whitefish deal on Twitter.

“The contract should be voided right away and a proper process which is clear, transparent, legal, moral and ethical should take place,” Cruz said on Wednesday, according to Yahoo News.

Whitefish tweeted a response to the mayor the same day, saying her comments were “misplaced” because the company already has hundreds of workers helping in the territory.

Cruz then questioned the energy company’s intentions a second time, and called Whitefish out on their “misplaced” comment.

@WhitefishEnergy implies that you will not treat the City of San Juan with the diligence it deserves. Thus admitting political motivations.

As the Twitter exchanges heated up, Whitefish then asked Cruz if she would like the 84 Whitefish workers helping with recovery efforts on the island to continue aiding the territory, or be sent back to the US.

Cruz replied and called into question the company’s contract again.

They are threatening not to do their job which frankly is quite irregular for a company hired to the work for the public sector.

Governor Rossello sent a letter to the DHS Inspector General’s Office Wednesday, requesting an audit of on how Whitefish secured the contract, according to The Hill.

Hurricane Maria made landfall in Puerto Rico in late September as a Category 5 storm, and at one point, left the entire US territory without power.