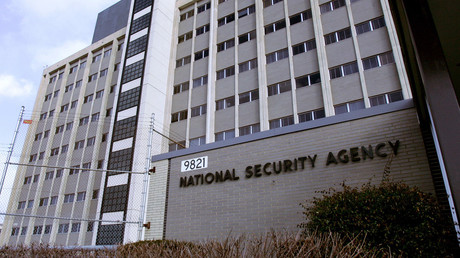 Police in Fort Meade, Maryland, have reported a “possible shooting” near the National Security Agency (NSA) headquarters. Several people might have been wounded in the incident, according to local media reports.

Photos emerged on social media appearing to show a black van at the building’s entrance and a handcuffed man, possibly an attacker, sitting on the ground. Bullet holes are seen in the windshield of the van, which seems to have crashed into a barrier.

The FBI has sent personnel to respond to the incident, FBI Baltimore said on Twitter. The NSA says the incident is under control, according to local media citing the agency’s spokesman.

Highway MD 32 is closed in both directions, local authorities said on Twitter. Drivers have been advised to take alternate routes and “expect long delays.”

@AACoFD is assisting Fort Meade Fire Department with an incident at NSA. No additional information is available. @AACOPD is not the lead investigating agency. Questions should be referred to NSA and Fort Meade Public Affairs. @FortMead

It is not the first attack on the NSA headquarters in Fort Meade, Maryland. In 2015, one person was killed and two were injured after two men disguised as women rammed a stolen van into the gates of the agency.