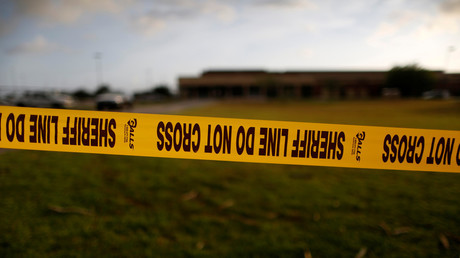 Two people have been killed and at least four more injured in a shooting in North Philadelphia, after someone reportedly opened fire with a “high-powered” weapon from a mini-van passing by.

“From the evidence out here it appears to be a large caliber weapon, possibly a high powered rifle,” Philadelphia Police commissioner Richard Ross said, as cited by NBC Philadelphia.

A total of six people suffered gunshot wounds after at least 11 shots were fired from inside a light-colored minivan on the southeast corner of 12th and Huntingdon streets around 9:50pm.

Two people, a man and woman aged 34 and 32, have died, while at least one of the surviving victims remains in critical condition.

Authorities called the incident a “senseless act of violence,” admitting that so far they had no idea about a possible motive. The suspect car fled the scene, and police are currently studying surveillance footage to locate it.

“It’s absolutely, utterly ridiculous to see stuff like this on the streets of our city,” Ross added. “This is the United States of America. You shouldn’t have this anywhere.”