An Afghan leader has issued a plea for Britain to deploy more troops to the country in a bid to quell the resurgent Taliban, Islamic State and Al-Qaeda.

Abdullah Abdullah, the Afghan government’s chief executive, who met with Foreign Secretary Boris Johnson on Thursday, called for a renewed long-term military commitment by the UK and its NATO allies.

His plea comes as UK Defence Secretary Gavin Williamson is reportedly considering increasing the number of troops in the country by 400 following an appeal by US President Donald Trump. 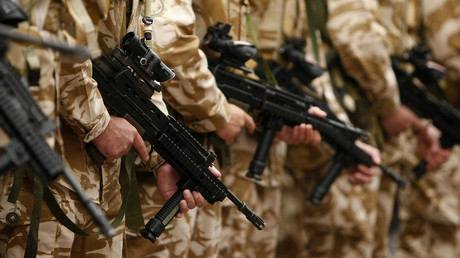 When NATO issued a similar appeal last year, the ministry of defence responded saying the “UK keeps its contribution in Afghanistan under regular review to ensure it remains suited for the needs of the mission.”

There are currently 650 UK service personnel in the country, operating, according to London, in a training capacity. It is claimed publicly that British troops are no longer involved in fighting the Taliban or Islamic State (IS, formerly ISIS) and Al-Qaeda, both of whom have a growing presence in the country.

Fighting in Afghanistan shows no signs of abating despite NATO forces invading the country and toppling the Taliban 17 years ago. At the height of British military deployment to the country, UK forces numbered 10,000. Following a decision by former PM David Cameron and former US President Obama in 2014, NATO troops started withdrawing.

Abdullah slammed that decision as a “mistake,” saying the country’s security was still in a precarious situation when the troops withdrew.

Calling for a long-term commitment, Abdullah said: “All the Taliban and their backers in the region needed to do was make sure that they avoided engagement with NATO for those years and prepare to come back after that and restart their violent campaign,” he said.

“We cannot afford to make the same mistake again.”

The conflict cost the lives of 454 British forces personnel (LINK TO MOD), While over 100,000 Afghans have been killed in the war, as well as 2,403 Americans.

In 2013, it was calculated by author Frank Ledwidge that the intervention had cost over £37bn, amounting to over £20,000 for every British household.

Yet, despite the exorbitant financial and humanitarian cost of the invasion, 17 years on, the Taliban is still thought to control 30 to 50 percent of the country, while suicide bombings and other terrorist attacks remain an all too common occurrence.