The increase will include 400 more armed police, who will be on standby in cities outside London if a situation develops. There will also be a national fleet of armed response vehicles.

The ‘significant’ boost to counter-terror resources comes after a government review into the capabilities of Britain’s police to respond to terror attacks. They examined ‘complex’ attacks such as the shooting at the offices of satirical magazine Charlie Hebdo and the gun and bomb attacks in Paris in November.

Cameron revealed the bolstered security measures at a summit of world leaders in Washington, led by US President Barack Obama. 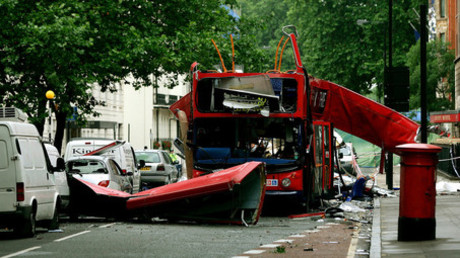 “Our police and intelligence agencies work round the clock to keep us safe and it is absolutely vital that we support them with the right resources and kit,” he said.

“After the terrorist attacks in France last year, we decided to look at whether there was more we could do to protect people from the type of terrorist threat we now face.

“That’s why we are increasing the number of specially-trained armed officers up and down the country to make sure the police have greater capability to respond swiftly and effectively should they need to do so.”

The PM’s office at Downing Street said the armed police units are designed to complement strategies already put in place by the military.

The army said it is ready to respond and assist armed police.

In total there will be 1,000 more armed police operating in England and Wales by 2018, with 400 to be deployed in cities like Manchester and Birmingham, and 600 in the capital.

During the coming year, some 40 armed response vehicles and teams will be ‘up and running’ with London set to receive a 100 percent increase. Across the UK there will be 150 armed response teams.

They are designed to transport armed police and specialist equipment to incidents at speed.

“At any one time in London there are several hundred armed police officers already on duty,” said Videcette, a lead investigator in the aftermath of the 7/7 London bombings.

“All the DPG are armed. All the ARVs are armed. And you will have other police officers on duty who have access to firearms if required. On top of that we have army barracks across London full of weapons. It is ridiculous to suggest that we need more.”