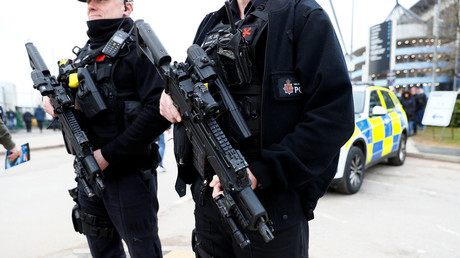 Ten people have been taken to the hospital with injuries after shots were fired in the Moss Side area of Manchester, according to the Greater Manchester Police. A carnival had reportedly ended near the area.

Ten people suffered minor or major injuries in what Manchester police call “a dangerous attack,” Sky News reports. Armed and unarmed officers were called to Claremont Road in Manchester after shots were fired there on Saturday night.

None of the injuries appear to be life-threatening at this stage, Detective Superintendent Debbie Dooley said.
Additional police officers were dispatched to the scene while an on-site search is underway. “The area is being searched and examined while we are also trying to speak to as many people as possible and are reviewing CCTV to get all the facts,” Dooley said.

The official added that the place was overcrowded due to the Caribbean Carnival which had been taking place earlier that day.