After Facebook was accused of censorship and hammered by privacy scandals, a new study has found that one in four Americans have deleted the app from their phones. Among young people, this number is even higher.

In the wake of multiple scandals, a new poll by Pew research has found that most Americans are curbing their Facebook usage. Pollsters surveyed over 4,500 US adults earlier this summer and found that 74 percent of users have taken some action to reduce their dependence on the social media giant. 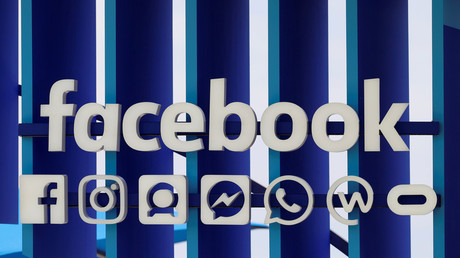 The poll was published on Wednesday; the same day that Facebook’s Chief Operating Officer Sheryl Sandberg faced a Senate hearing over alleged election meddling from foreign agents on the platform, and over Facebook’s alleged bias against conservative content.

Accusations that the company actively censors right-wing content have come from Republican lawmakers, and from Facebook staff themselves, particularly in the wake of the company’s decision to ban controversial figure Alex Jones from its platform last month, and its increased content-policing and anti-’fake news’ initiatives in the runup to the 2018 midterm elections.

Perhaps more damaging to Facebook was the revelation in March that Cambridge Analytica, a British analytics firm, used a third-party quiz app to collect the personal data of some 87 million Facebook users, including those who never used the app. Cambridge Analytica opened up a Pandora’s box of privacy scandals for the company, as it was revealed that Facebook allowed other companies to access private user data, including personal messages, for commercial purposes.

However, the fallout from the scandal still saw Facebook’s profits plummet at one point, and saw the company scramble to introduce new privacy measures. It also saw its CEO, Mark Zuckerberg, hauled before hearings at the House and the Senate in April. It also saw the #deletefacebook movement gain traction, as users tired of having their private lives packaged and sold to the highest bidder.

On Twitter, many pointed to the #deletefacebook movement as shaping the poll results.

#Facebook SELLS your PRIVATE conversations around the world.
They use your microphones to listen to you and your webcam to spy on you.
Would you be retarded enough to let your kids be on there?
No you wouldn’t.
No one would.
So give them the right example! #DeleteFacebookpic.twitter.com/vh0sVNmyoO