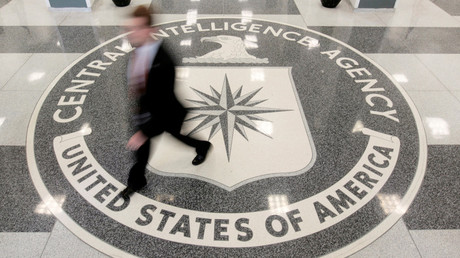 America’s prime spook house sent a rallying cry to people who can speak Russian, saying their expertise is needed. The Russians came, with questions like “how is the food in CIA cafeteria?”

The ad placed by the CIA’s Twitter account simply asks “Do you speak Russian?” in a picture and offers a link to those interested. It’s not known whether the wrong article in the text and the wrong address in the link are intended as a test for applicants.

The responses to the tweet are an expected mixture of sarcastic remarks with a little bit of linguistic snobbery and political vendetta for extra flavor, most apparently authored by Russians.

Can I work part time ? I’m working for FSB currently but have some free time for CIA too

Are you ‘an’ US citizen with a college degree?
Seriously CIA?

[Could you briefly describe work conditions? How is the food in your cafeteria?]

[You have lots of passports, but not a Russian one. I don’t have a US passport, but have a Russian one. Why don’t we do business? I know several variants of Russian, including basic language, Russian curses, Russian army curses, prison slang (with a dictionary), Russian as spoken in Odessa and even Russian officious.]

CIA before and after reading all the comments to the above tweet from prospective recruits.
😂😂😂 pic.twitter.com/eJA6kccBtP

Seriously?? I think your first order of business should be to hire a proofreader. You made yourselves look like fools.
Are you still concerned with the Russians? You have bigger problems than Russians.
I find you so amusing, I have for over 25 years. Love, Dawn. ☣

You should ask @leonidvolkov
He is now in USA, studying in Yale, he knows russian and i think he wants to serve for your country)

The latter tweet is about Leonid Volkov, a prominent Russian opposition figure. The CIA has been trying to recruit more Russian speakers through social media for quite some time. For instance, in September 2017 it said the agency’s linguists will be able to “uncover the truth” while in service.