India looks set to outstrip its shrinking ex-colonizer Britain in terms of defense spending within three years according to the latest estimates.

The new figures see India surpassing Russia and Saudi Arabia to move into fourth place in the global charts.

The UK currently sits in sixth place despite its small size, compared to other top spenders like the US and China. France now sits above the UK in fifth. 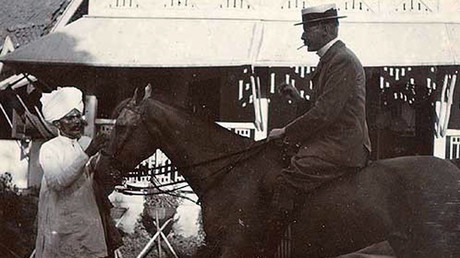 “Defense spending returned to a healthy rate of growth in 2016, kicking off what we expect to be a decade of stronger global defense spending,” Fenella McGerty, lead analyst at Jane’s, told the Express newspaper.

“Fuelled by an increasingly uncertain security environment and growing international pressure, Western European defense spending increased for the first time since 2009 and we expect growth to continue to strengthen over the next decade.”

While the UK is one of the only NATO countries to give the symbolic two percent of GDP to the alliance, it is widely accepted that it did so only by bringing armed forces pensions and intelligence budgets under the military’s fiscal umbrella.

The military faces a serious shortfall of troops, with many combat units – like the elite Guard regiments – well under strength and army manning at levels not seen since before Waterloo.

On November 3, a senior Indian politician said it was high time the UK begged forgiveness from modern Indians, whose ancestors provided Britain’s wealth.

India has also become increasingly confident in its dealings with its former master, given its status as a rapidly rising power.

Shashi Tharoor, an MP and former minister of state, said Britain did irreparable damage to India between 1858 and 1947, and must offer a full and satisfactory apology for “the wrongs done by their forebears.”

Tharoor highlighted the infamous Jallianwala Bagh massacre, where hundreds of non-violent protesters were killed by British soldiers in 1919. Following the incident, the British government said 379 protesters were killed, although other sources in India continue to claim the figure was well over 1,000.

“You cannot quantify the wrongs done,” he told the PTI news agency.