Warnings from beneath California are getting grimmer with each passing geological study. A previously unseen fault line has been spotted, doubling the length of existing faults and threatening an even more colossal quake.

The next ‘Big One,’ an earthquake of magnitude 7.0+, is generally expected in the US along the San Andreas line. Many geologists agree that the fault has reached such a level of stress that the new massive quake is a matter of when, not if. In June, large-scale motion was detected along the fault line, creating further panic in cities such as Los Angeles and San Francisco.

But the new phantom danger lies in the Bay Area, along two merged faults running parallel to San Andreas.

Upping the ante this week was the troubling discovery of a hidden ‘bridge’ between two volatile fault zones – Rodgers Creek and the Hayward fault – outlined on Thursday in the journal Science Advances. 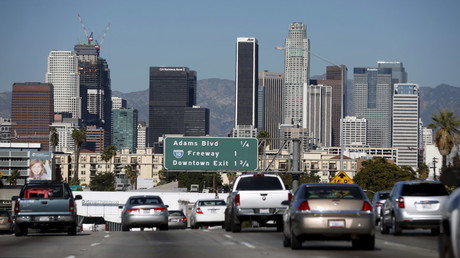 Together they stretch 115 miles (185km), from wine country in the northwest, down to Oakland, terminating just north of San Jose. They pose a big enough danger when unconnected. But this newly discovered connection effectively means they’re a single fault now. This threatens to produce a ‘rubber-band effect’ twice the magnitude when the fault eventually ruptures.

“Because the longer a fault stretches, the bigger the earthquake it can produce. And here we’ve just doubled the length of this fault,” explains David Ponce, a geologist with the research group, speaking to Popular Mechanics.

According to Ponce, the combined fault zones “constitute one of the most dangerous earthquake risks in the nation.”

When the fault slips, it threatens a 7.4 magnitude quake, California’s fifth largest in history, and also likely the deadliest. The chance of one occurring in the next 30 years is as high as 32 percent.

The tragedy threatens to cause untold human catastrophe and tens of billions in damage. All at a time when our Earthquake warning systems could really do with an improvement. The impending earthquake threatens 7.5 million people living in the area, 2.5 million of them in the immediate vicinity of the merge faults.

“So when it goes, it’s going to be absolutely disastrous,” Ponce warns. 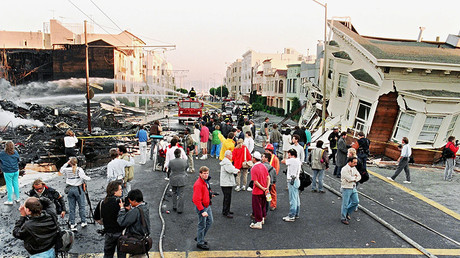 The problem with detecting the bridge between the two faults comes down to the ineffectiveness of existing mapping technology against layers of underground mud hiding pockets of gas. There is a lot of noise showing up on the screens, making it difficult to pinpoint the exact start and end of a fault zone. For the Bay the researchers use underwater sonic waves, bouncing them off obstacles like sonar.

It was when Ponce and study leader Janet Watt decided to use simple deduction techniques that the bridge came into view. They created a map of the various mud layers below, and witnessed places where it was offset. This suggested that somewhere beneath was a fissure in the rock. The variation in the underground materials produces differing magnetic signatures. Thanks to that anomaly the now-single fault zone was discovered.

There’s little the population can do at this point but to continue the usual earthquake-preparedness drills, scientists explain. And to stock up on emergency apocalypse supplies.